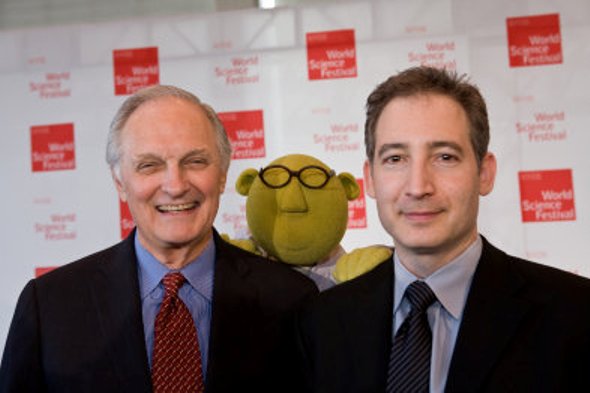 The World Science Festival is coming to New York, and starting tomorrow we'll become the hub of all things scientific. The NY Times pondered the idea of the city as a national science center earlier this week, saying "there’s plenty of science getting done here — it just gets overshadowed by everything else."

The fest runs through Sunday with events spanning the spectrum; from Mathemagicians to panels on the Science of Disney Imagineering to...Alan Alda! In a recent interview, Hawkeye promises there is fun to be had with "stories about experiments that have gone wrong. Brian Greene talking about Quantum Weirdness might tickle your risibilities, too. (Have you ever had them tickled weirdly and quantumly?)" As for Alda, he'll be "in a reading of QED, the play about Richard Feynman, who was pretty much the most entertaining physicist who ever lived."

The Festival's free street fair promises even more fun, for free, and will be in Washington Square Park this Saturday -- it will feature a rapper whose lyrics revolve around biochemical themes, a 12-foot tall audio-animatronic dinosaur named Lucky, and the Magic School Bus.