Word on the (Sesame) Street 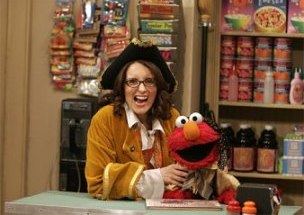 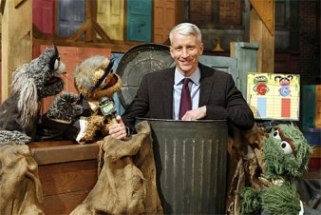 Hopefully Monday's season opener of Sesame Street will help in sweepin' these clouds away! The new season will begin how it always does, by determining the educational needs of their tv-watching tot demographic.

Recent years focused on healthy eating in an effort to help the younger generation befriend veggies (they even have their own line of healthy foods). This year there are 26 new episodes all focusing on early literacy and language skills. USA Today reports on a new segment called "What's the Word on the Street?" which "will feature a Muppet named Murray asking people and animals to define the day's word, which is repeated three times each episode." Check out a clip of this season's celebs asking what the word is, here. Last year's season premiere brought literacy to the kids through Law & Order Special Letters Unit! Maybe this year they'll follow the Bravo reality show recipe with: Project Alphabet.

What big names will be stopping by the street this season? Tina Fey kicks it off on Monday with Brian Williams and singer Chris Brown. They're followed by Anderson Cooper (who credits the show for helping him to learn how to read), Rachael Ray, Diane Sawyer, Chad Pennington and even James Blunt (who will likely let everyone on the block know how beautiful they are). Spoiler alert! Monday's word of the day is: squid.