Good news: the tours of the Woolworth Building will continue, for now. Helen Post Curry, great-granddaughter of the building's architect Cass Gilbert, has been running tours of the majestic and mosaic-ed lobby since April, and the management company there has now agreed to let them continue. The tours were originally launched in celebration of the building's 100th birthday. 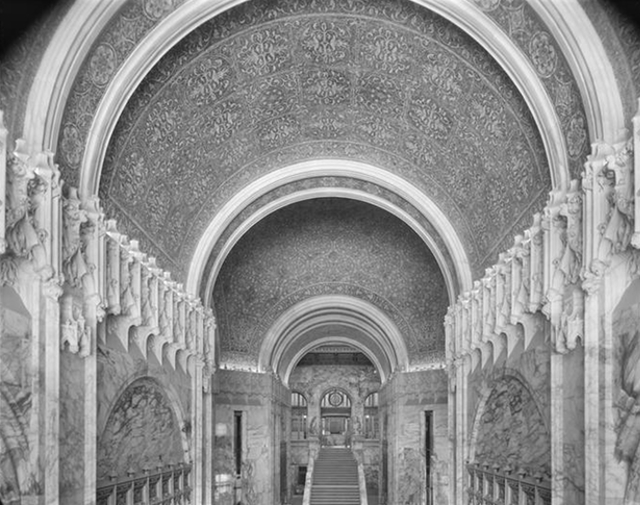 The Wall Street Journal reported the news today, noting that "the lobby of the building on Broadway in Lower Manhattan has technically been closed to the public since the World War II... But enforcement of the policy became much stricter after terrorists attacked the nearby World Trade Center in 2001." Following the attacks on 9/11, the building was without electricity, water and telephone service for weeks, and ever since then a sign has has been prominently displayed, it reads: "Tourists Are Not Permitted Beyond This Point."

Architectural historian Anthony Robins (who leads the 90-minute tours) told the paper that the closure of the lobby is a "loss of the public experience of the city"... so you might want to check it out while you still can. Tours run from 15 to 90-minutes, and cost $10 and $40 per person. You can book your spot at woolworthtours.com.

#lobby
#tour
#woolworth building
Do you know the scoop? Comment below or Send us a Tip