'Woodstock 50' Festival Will Take Place This Summer In Upstate NY

Just a few days ago, we learned that there would be an unofficial musical festival taking place at the original Woodstock site this summer for a 50th anniversary Woodstock celebration that would include TED-style talks. While that description obviously sounded irresistible to us, it turns out that isn't the only Woodstock anniversary show taking place in 2019. There's also going to be an anniversary festival put on by one of the original organizers, who actually has the rights to use the name and everything!

"It’s time to put the speculation to rest and officially announce that Woodstock 50 is happening,” organizer Michael Lang said in a statement today. “The original festival in ‘69 was a reaction by the youth of the time to the causes we felt compelled to fight for—civil rights, women’s rights, and the antiwar movement, and it gave way to our mission to share peace, love and music. Today, we’re experiencing similar disconnects in our country, and one thing we’ve learned is that music has the power to bring people together. So, it’s time to bring the Woodstock spirit back, get involved and make our voices heard."

Woodstock 50, which will take place from August 16th to 18th at Watkins Glen International speedway in Watkins Glen, NY, is being organized by Lang, one of the producers of the original event, and being billed as the only authorized commemoration of the 1969 festival. It will feature an "amazing lineup" to be announced in the coming weeks. He told Rolling Stone that over 40 performers have been booked already, though wouldn't give any hints as to what kind of bands would perform—he did say there would be "newer bands" as well as tributes to Woodstock performers of old such as Janis Joplin, The Band, Jefferson Airplane and Joe Cocker.

Lang described the event as a "large-scale camping weekend" combining music with a program of films, speakers and partnerships with socially-relevant organizations. But to avoid the mud bath that was Woodstock '94 or the hellscape that was Woodstock '99, expect it to err more toward the luxury glamping side of things: "There will be ‘glamping’ tents and stuff like that," he told RS. "There will be those types of experiences in various forms where there’s a real bed, and there’s a chair to sit in and a light bulb. There will also easier access to portable toilets."

"Coachella's got its thing, as does Bonnaroo and Lollapalooza," Lang told the Times. "But I think they're all missing an opportunity to make a difference in the world. They're all perfect places for social engagement and for fostering ideas, and I think that's lost... We want this to be more than just coming to a concert. And hopefully a lot of the bands will become part of this effort to get people to stand up and make themselves heard, to get and out vote. And if they don’t have a candidate that represents their feelings, to find one — or to run themselves." 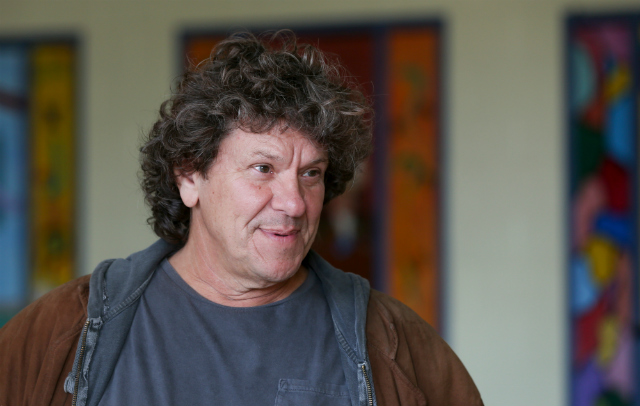 That social engagement aspect is important to Lang, because that's what could help separate this event from a disaster like Woodstock '99. "Woodstock ’99 was just a musical experience with no social significance," he told RS. "It was just a big party. With this one, we're going back to our roots and our original intent. And this time around, we'll have control of everything." He was even more blunt to the Times about it: "I take some responsibility for [Woodstock '99]. It was also kind of an angry time in music." So I guess I wouldn't hold my breath about any Limp Bizkit reunions taking place this summer in Watkins Glen.

Watkins Glen International has long been an attractive spot for musical festivals—The Summer Jam at Watkins Glen, a legendary 1973 fest featuring the Allman Brothers Band, the Grateful Dead and The Band, drew more people than Woodstock. Phish has also staged two successful fests at the racetrack in recent years, though their most recent attempt in August 2018 was canceled at the last minute due to water contamination caused by flooding in the area.

After the announcement about the other Bethel Woods anniversary festival, Lang said in a statement, "The original site in Bethel is wonderful, but much too small for what we’re envisioning. Watkins Glen International gives us the ability to create something unlike any other commemorative event and something uniquely Woodstock." 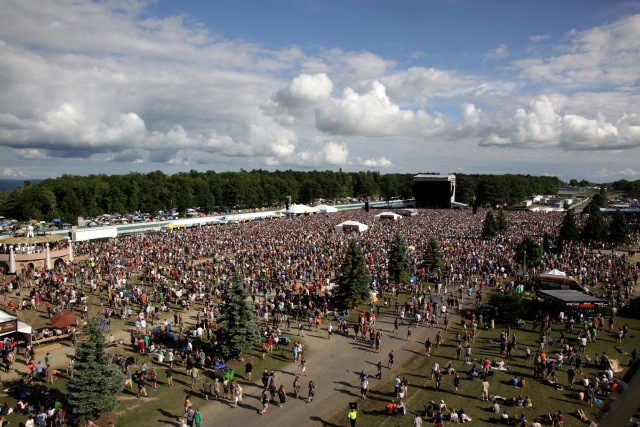 It's unclear whether Lang was initially invited to help plan the Bethel Woods event, but according to a spokesperson, "A lot of the decision came down to capacity, existing infrastructure, sheer size of greenfield (he wants to have a lot of outdoor space, and that’s a huge part of Woodstock for him), and just working relationship with the local officials. Michael also has a good relationship with Schuyler County where Watkins Glen International is," said Marco Carreon of Mitchell Communications Group.

So just to be clear: Woodstock 50 is the official three-day anniversary event taking place at Watkins Glen in the Finger Lakes, while the Bethel Woods Music & Culture Festival is the unofficial three-day anniversary event taking place at the original Woodstock site in Bethel, in the Catskills. It might seem confusing and dumb to have two competing festivals with such similar branding vying to be The One Woodstock Anniversary Festival To Rock Them All over the same weekend, but considering the corporate messiness of Woodstock '94 and the total shitshow of Woodstock '99, such chaos also seems to be in keeping with the tradition.

And so far, only one of these fests has officially announced they will have "TED-style talks from leading futurists and retro-tech experts." Rocking out with guitars is cool, but rocking out on discussions about how tweets are actually emotional labor is the future, man.

#concerts
#musical festival
#watkins glen
#woodstock
#woodstock 50
#woodstock anniversary
Do you know the scoop? Comment below or Send us a Tip
A new Gothamist is coming! We’ve moved comments over to our beta site. Click here to join the conversation and get a preview of our new website.