New York, NY — On Monday, September 28th, 2014, after a long, tiring, and at times soul-crushing search, she was found. This woman—who we'll call Lynn—was spotted taking up three full seats in a New York City train car yesterday, a sighting that ended a decades-long search for The Most Inconsiderate Human In The NYC Subway System. 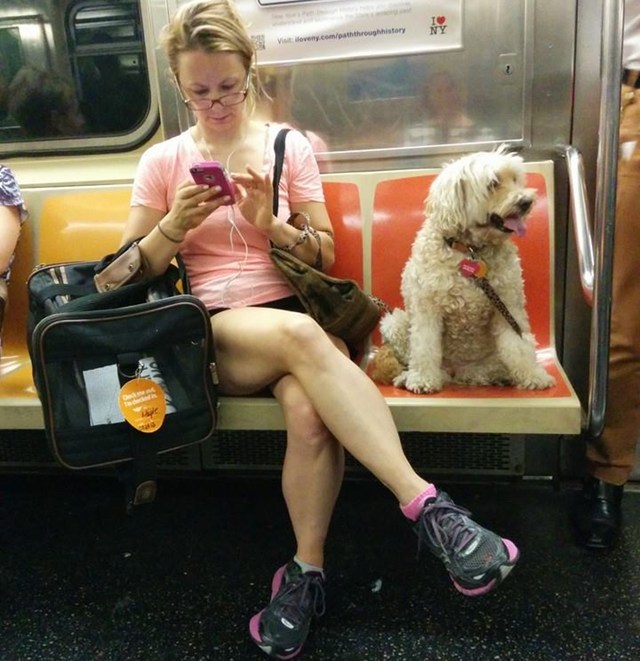 Her blatant disregard for subway etiquette and common decency can be seen clearly in the above image, which was captured by a fellow straphanger identifying herself only as "K. Keller." Keller tells us this moment was captured in Midtown around 4 p.m.—"the train was somewhat crowded, there were people standing and no available seats." Note the two seats taken up by the dog and the useless dog carrier.

Just look at her, Lynn, delicately tapping at her phone, legs crossed, reclining onto an empty dog carrier. Her dog, placed next to her on a human seat, slobbering all over the goddamn place as he stares at all those poor suckers left standing.

The slowest of claps to you, Lynn, you are the most inconsiderate person we've spotted in the subway system, and we've seen a drunk bro take a shit on a seat.

#subway
#subway etiquette
#original
Do you know the scoop? Comment below or Send us a Tip