WNBC Does the Time Warp Again 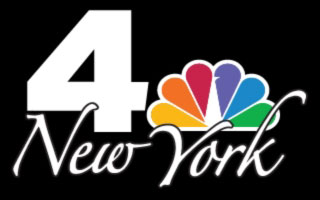 Don’t adjust your television sets, because since Monday WNBC has been using "News 4 New York" in on-air mentions and on-screen graphics, switching gears from "Newschannel 4" (and "Newschannel 4 HD").

If you are from the Tri-State Area, you may remember the station used "News 4 New York" from 1980 until 1995. The old CGI opening included a bolt of lightning and a giant 4 heading towards the viewer (out of the Statue of Liberty's torch), set to 80s electro--all to introduce a big-haired Sue Simmons and Chuck Scarborough sans glasses.

The phrase has a double meaning (thanks to a homophone) and taps into 1980s nostalgia of the original News 4 New York -- when NBC/WNBC was airing mega hits like The Cosby Show and Hill Street Blues. Where have you gone Brandon Tartikoff?

WNBC's Vice President of Programming and Creative Services David Hyman (who we talked with last May about the return of We're 4 New York) spoke to us about the change.

Did the decision to rebrand the station 4 New York and the newscasts News 4 New York have anything to do with the relaunch of the popular We're 4 New York promos last year?
Absolutely - we'd been considering it seriously since we brought the campaign back last spring. It's a beloved brand.

The logo seems to be the one that was introduced with the We're 4 New York promos last year. It isn't identical to the one from the 90s, but close. Was the plan to update the classic logo?
Yes- you'll notice that there are many similarities in the current campaign as well as the one last spring to the original from the early 90's. As this is one of the most memorable, fun and enduring logos/broadcast campaigns of the last 20 years we didn't want to reinvent it, rather we wanted it to feel contemporary yet instantly conjure up the logo/campaign New Yorkers know and love.

The News 4 New York brand was used for fifteen years through the 80s and early 90s, was there an element of nostalgia involved with the rebrand?
I think whenever you remind people of something they know well and feel an affection for nostalgia certainly creeps in but that was not the motivation for bringing the campaign back nor was nostalgia behind rebranding our news as 4 New York. We realize 4 New York is an iconic brand, established in the minds of New Yorkers and we felt it was very valuable to unite all of WNBC under one familiar brand.

Will you be bringing back an updated version of the 1980s open, with lightning and the Statue of Liberty's torch with a 4 coming out of it, or will there be more subtle changes in the look and feel of the station and newscast soon?
The opens/packaging you began seeing on Monday are here to stay. As always there are subtle evolutions when you launch something new.

The news desk still says NewsChannel 4 HD. Was this an
oversight or is there a bigger change in the works? Not an oversight at all but physical scenic takes time to produce so as they say, stay tuned!