Uh Oh: No mention of vuvuzelas on the "don't bring" list

The Pool Parties are just about a week away, and the lineup has finally been announced... maybe. Here's what the schedule allegedly looks like; it was posted yesterday but the organizers at Jelly then wrote something about "the person posing as one of us, the elusive non-existent 'hacker' and the fake line up." What? Anyway, we happened to see a confirmed lineup earlier this week that looked very similar to this, so there's a pretty good shot it's what you'll be hearing at the Williamsburg waterfront this summer:

And if you see Chuck out there, show him some love (if he's not too busy hobnobbing with Jay-Z).

UPDATE: The Jelly folk have confirmed and officially announced the above lineup. Bonus: this video... 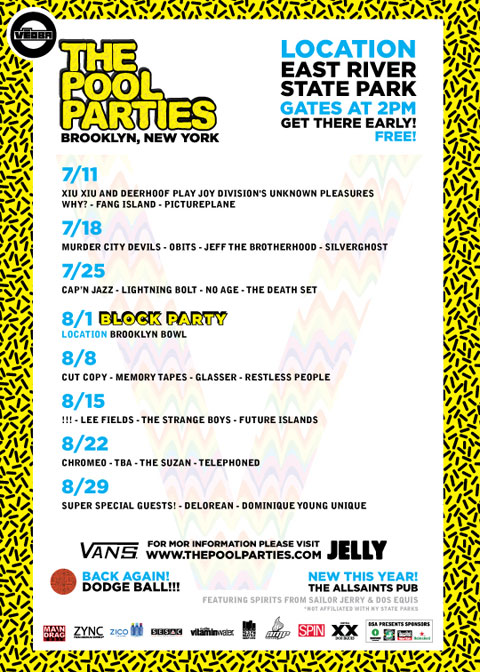