Will These Tiny Turtles Price You Out Of Crown Heights?

Three endangered Chinese Big-Headed Turtles have hatched at Prospect Park Zoo, now the only North American zoo to successfully breed the species. "Big whoop," other zoos around the country may be thinking, but look at this tiny little fucker: 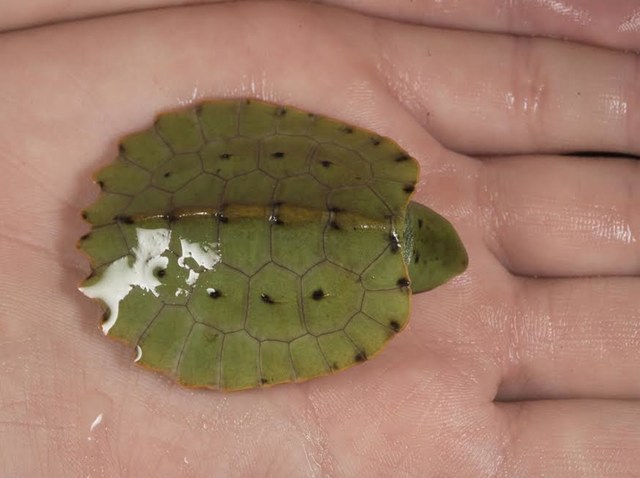 And this other one's tiny little tail: 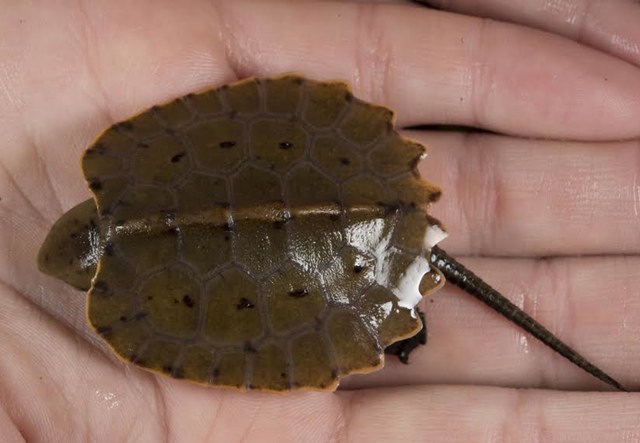 And we made THREE OF THEM: 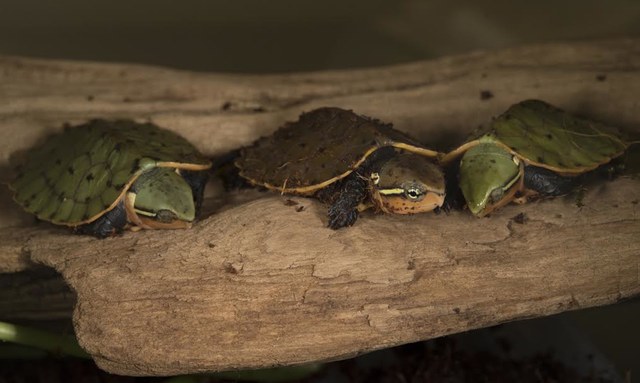 We now have 18 Chinese big-headed turtles in total—"the hatchlings and most adults are housed in off-exhibit areas of the zoo, but one adult female is on exhibit in the Hall of Animals at the Prospect Park Zoo."

In Asia, people eat these, but don't even think about making a artisanal turtle taco, Brooklynites. These turtles are stealth, and their species is known "to readily climb over obstacles in and around rivers and fast streams, using its tail as a prop to extend the reach of its strong claws; it also uses its beak to assist in climbing." They can't pull their heads into their shells (thus the name), so have been known to use their jaws as a defense mechanism.

#chinese big-headed turtle
#prospect park zoo
#tiny turtles
#turtles
#wcs
Do you know the scoop? Comment below or Send us a Tip