Why Isn't Everyone Using The East River Ferry?

Does your subway view look like this? (Photo by Jen Carlson/Gothamist)

Have you taken the East River Ferry lately? The seven-stop ferry service offers would-be subway straphangers in Lower Manhattan, DUMBO, Williamsburg, Greenpoint, LIC, and 34th Street in Manhattan a beautiful way to get from point A to point B... but for some reason, it's just not that popular. According to the NY Times, the boats haven't been filling up.

"Though the numbers are more robust during the morning rush hours—on Monday, 14 people caught the 8:39 ferry to Pier 11 near Wall Street and 21 caught the 8:40 to East 34th Street—they still raise questions about the popularity and profitability of the service as a whole. The ferries can hold 149 passengers."

Sure, it would be great if the service hit the Hudson River as well, or if it the ticket price were equal to subway fare, but there are so many reasons to ride the ferry AS IS. 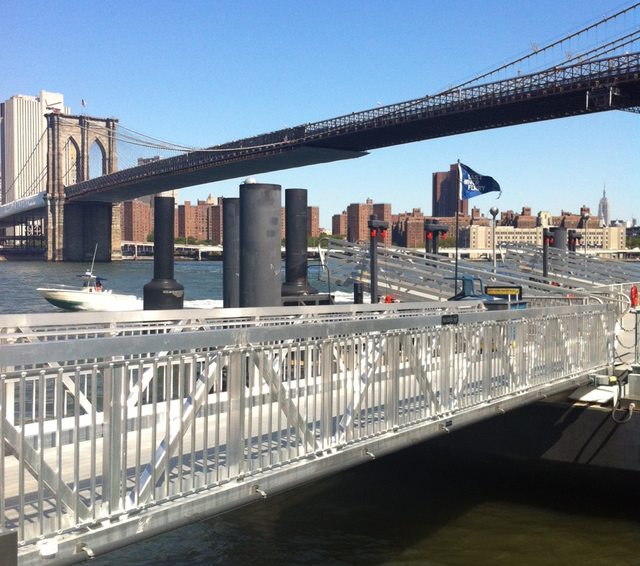 So, why aren't you guys getting on board?

#commuting
#East River Ferry
#ferry
#original
Do you know the scoop? Comment below or Send us a Tip