Why Can't You Ever Shut Up During A Concert?

The headline of this futile blog post does not refer to you specifically. You, sir/madam, are no doubt exactly the kind of attentive listener who'll click through on a headline like this, perhaps hoping for a little catharsis to help you process a lifetime of concerts ruined the braying jackasses who inevitably swoop in when all you want is be transported by "Exit Music." Sadly, the rude blabbermouths who have utterly forgotten how to LISTEN will never read this or let it change their behavior, but sometimes it feels good to rant yourself to sleep, doesn't it? So really, what's the deal with everyone chattering incessantly during shows?

Inattentive listening at concerts has been a crisis in America since at least the Vietnam era, when rock music birthed a new kind of live music experience and Dennis Hopper interrupted Marlon Brando's poetry reading but only got bananas thrown at him in return. At first, people didn't really know how to react to live rock music—if you watch the Woodstock documentary, everyone is sitting down when the show starts. And then, finally, Richie Havens (yes, a folk singer, but you get the point) gets them on their feet.

From early on, rock music was extreme party music. There were no rules at rock shows back then, and this legacy of sybaritic freedom, with its signature disregard for how your behavior effects those around you, is still a subconscious part today's live concert experience. It's rock & roll, and I'm allowed to do whatever I want.

These days, "whatever I want" mainly means not listening to the music. We face an epidemic of People With Enough Disposable Income To Ignore The Event They Paid For [PWEDITITETPF], and it's gotten increasingly worse in the past few years. I have no raw data to support this, but I feel pretty comfortable presenting it as fact, and I blame the Internet and cell phones, which have trained our lizard brains to always be somewhere else that's not where we are right now.

The level of idle chatter at shows has gotten so out of hand that it seems like most people have simply accepted it, as if the PWEDITITETPF are perfectly entitled to yak it up during a rock concert, and only some crazed, uptight fussbudget like me would dare shush them. Perhaps Lil Wayne put it best when he yelled at disruptive audience members, "If you're really a fan, you would shut the fuck up and listen to me."

To be clear, I don't have a problem with incidental conversation during a show, such as, "Oh God Thom just revealed a heretofore secret gardenia plantation in my soul," or "Dude, do you have my lighter? No I'm pretty sure you do, check again. OH ha ha it's in my HAND." Short exchanges during the concert are acceptable, and non-repetitive hoots of exultation are encouraged, and you have my permission to shout all you want between songs as long as it's not directly in my ear. What's gotten completely out of control is the prolonged, never-ending, half-shouted conversation that reduces a live performance to mere background music. My buddies didn't die face down in the Ticketmaster muck so I could hear all about how bad your pre-colonoscopy meds taste.

At Tuesday night's otherwise exquisite Andrew Bird performance in Central Park, I had to repeatedly ask people around me to please stop talking. Yes, at a performance by Andrew Bird, an indie recording artist known for his soulful whistling. You'd think the uniformly twee audience at an Andrew Bird show would be a reverent, bespectacled vacuum, but it turns out that people of all stripes are willing to wait on a very long line for the privilege of vapidly chatting over achingly sublime music. A young man next to me, who spent the entire concert gabbing with his friend about unrelated bullshit, added to the mix by occasionally CRUNCHING an empty plastic water bottle in time with the music. While continuing to talk. I asked him to stop, and he looked at me with incredulity, as if I was senile old man. Back in my day, we drank water from fountains. 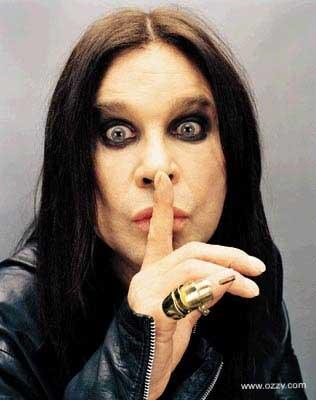 If this kind of oblivious narcissism can shatter Andrew Bird's spell, there is no concert it can't kill. Who's to say it won't also ruin a Joanna Newsom show? Or, worse yet, tUnE-yArDs? Too fucking late.

Last year, during Phish's Madison Square Garden New Year's Eve show, a crowd of PWEDITITETPF in my row would simply not let up during the first set. (Tickets were selling on StubHub for upwards of $1,000 EACH.) I politely asked the dude closest to me if they could keep it down, and he nodded vaguely, but that didn't stop his lady friend with the high-pitched voice from shattering Trey's sublime "Divided Sky" solo by shouting, "SO, how have YOU been?" This question is emblematic of the problem we face: our tormentors have failed to adequately "catch up" before the show, so they're using this opportunity—the fleeting live concert experience—to shoot the fucking breeze.

So what's to be done, besides tossing another blog post onto the rant-hill of first world problem mountain? I've given this some thought, and I've decided that we, the attentive listeners, have some responsibility here. You and I would never dream of jabbering away through a concert and possibly ruining it for someone else. But we are also, by and large, too meek to stand up to the PWEDITITETPF. And it's partially due to our failure to consistently shame these chatterboxes that the situation has gotten this bad.

It's true that some PWEDITITETPF are too far gone to respond to scolding. They're never going to change, and you're probably better off moving somewhere else in the venue, if that's even possible. Unfortunately, sometimes you're stuck in assigned seats and you have to decide if you're going to suffer in silence or speak up against the tyranny of short attention spans. I once tried to politely ask a drunk chatterbox to keep it down at a Madison Square Garden REM concert, and she dumped a full beer on my head. On the plus side, the ushers subsequently threw her out with no questions asked.

So you've got to be careful. However, in many scenarios, politely but firmly asking the loud talkers to keep it down can be successful! I recommend a tone of humble contrition, taking care to mask your contempt and rage, framing your admonishment as a kind request. Let them think it's not them, it's you, if that's what it takes. Smile sympathetically and assume the best about your fellow music fan. If they're somewhat well-adjusted, they'll feel a little bad that they were spoiling someone else's enjoyment of the concert. If not, well, you could be in for a CONFRONTATION.

A confrontation can go any number of ways, but what's most important is that it doesn't get physical. Grabbing someone's cell phone and throwing it across the room is going too far. If your exchange gets to the point where you feel like you're dealing with a belligerent drunk, just relocate and tell a bouncer. I once saw a bouncer wade into the crowded scrum in front of the Bowery Ballroom stage—before the show started—and drag a guy out because a woman in the audience said he'd been harassing her. At most venues, the staff is willing and qualified to intervene. If they refuse, please get video of the aggressor and send it to us!

To be sure, it's a drag to have to deal with other people, but unless we start letting the PWEDITITETPF know that their incessant chatter is completely unacceptable, nothing is going to change. If you hear something, say something. And if you hear someone else say something to the PWEDITITETPF, back them up by chiming in. Together we can create a better world where concertgoers actually listen to the fucking music they paid for.

N.B.: Chris Robbins edited this rant, and should be eternally credited for coining "PWEDITITETPF."

#concerts
#douchebags
#Music
#tools
#longform
#original
Do you know the scoop? Comment below or Send us a Tip