On Thursday night New York City will once again throw America's best Fourth of July fireworks party, with an insane amount of people jockeying for position (or paying a ton of money) to see the famous Macy's fireworks show. This year, as you know, after a couple of summers in Midtown, the grand spectacle will be back down near, and actually on, the Brooklyn Bridge. The show starts at about 9:20 p.m., it lasts for 25 minutes, and features more than 70,000 "effects" in all, including a 1,600-foot cascade bursting from between the bridge's arched neo-Gothic towers. It'll all be on TV of course, but that's no fun, so here's everything you need to know to experience the festivities in person.

Please note: The NYPD will not permit you to bring "large backpacks, lawn chairs, lawn blankets, large coolers, large bags, umbrellas or alcoholic beverages" into the viewing areas under their control, and "all restricted items are subject to search and/or seizure." So travel light, and stake out a spot early. (And here are all the traffic closures the NYPD is planning, starting at 2 p.m. on July 4th.) 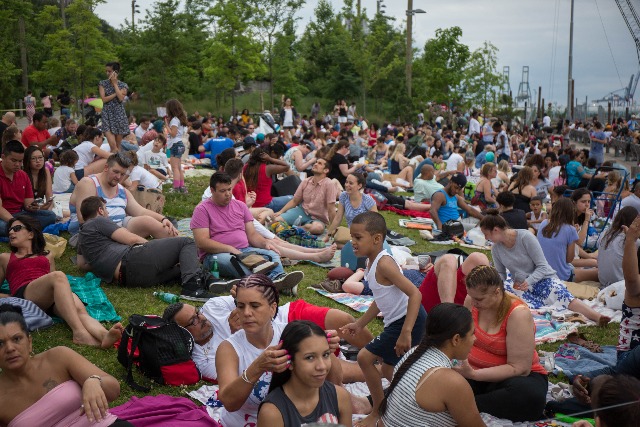 Brooklyn Bridge Park
The best viewing spot I've ever had was right by the water one summer long ago, when a friend of mine, who works in marine construction, invited us all to the creaky company dock, located about where Pier 1 is now. It was amazing. Now of course we have this lovely landscaped park down here and, good news, most of Piers 1 and 2, and the tip of Pier 3, are open to public. The soccer fields of Pier 5 will be closed to the public, but Pier 6 is open.

The bad news? Everyone will want to be here. And with bag checks at every entrance, you must get here early (the above photo was taken at around 3 p.m. in 2016) or expect to wait in a long ass line just to get in. You can also try the scrubby lawn at Empire Fulton Ferry park, just north of the bridge, though even with obstructed views this, too, will certainly be packed. Note that ferries will NOT be docking at Pier 1 or 6 at any point during the day, and that all park concessions will be closed at 2 p.m.

All the Brooklyn Bridge Park details are here. 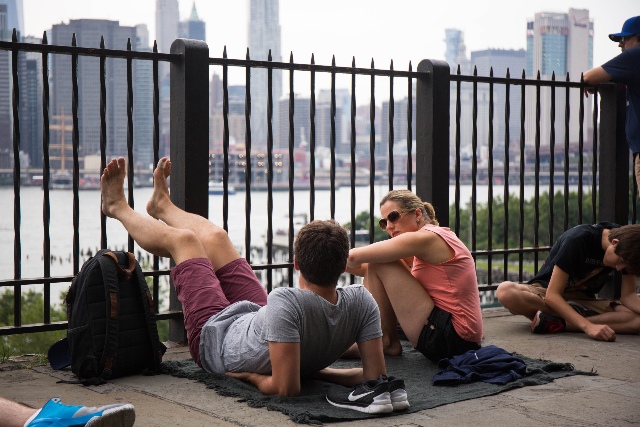 Brooklyn Heights Promenade
Access is little more free-flowing up here on the Promenade above the BBP (though the NYPD may shut down entrances at any point), and the sight lines are perfect for the show. You may even get a nice little breeze! So while it's possible you can sneak in and snag a semi-decent spot closer to showtime, if you want to set up chairs and relax and have a dinner picnic, you need to show up early. Like mid-afternoon. 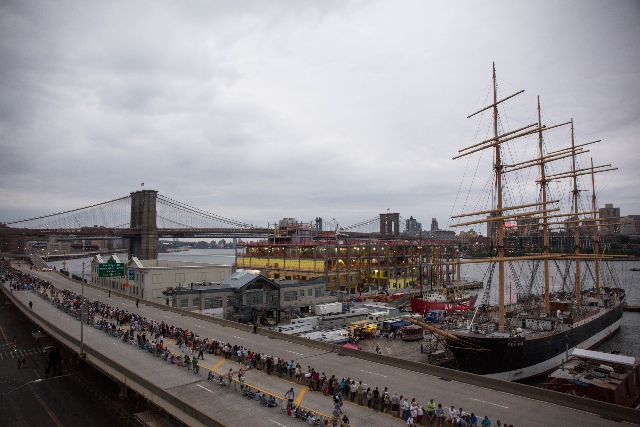 Up On the FDR
If you could be teleported anywhere at exactly 9:20 p.m. when the first shells pop off, up on the FDR, south of bridge, wouldn't be a bad location. That's not how it works though. The NYPD opens the "gates" onto the elevated highway at around 6 p.m. every year, and, if you're determined to get a front-and-center spot, the entrances on Pearl and Dover Streets right near the bridge, or maybe to the south at Broad and Water Streets, seem like the best strategy. You aren't allowed to spread out blankets or bring chairs up here (and some officers won't allow you to even sit down, though this restriction eases once they fill up each "spectator pen"), so be prepared to stand in one place on concrete for several hours before the show. 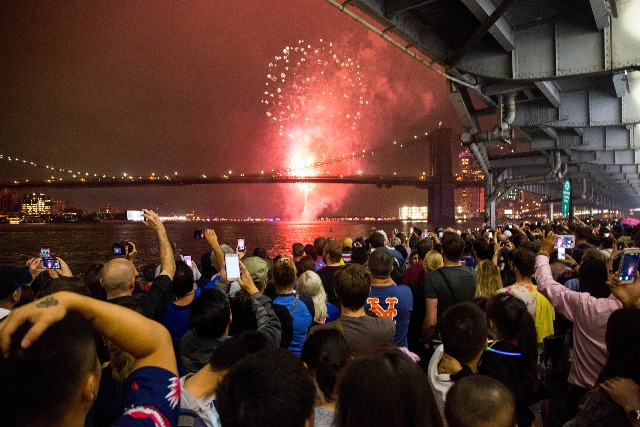 East River Esplanade
For a more casual viewing experience (though also quite crowded, like everywhere that's free), the esplanade under the highway is usually good for a night-time walk up. The views are obstructed unless you get lucky, and the NYPD act as sometimes-capricious gatekeepers, but if want to get a sense of the spectacle without committing to an all-day adventure, this is a solid spot. 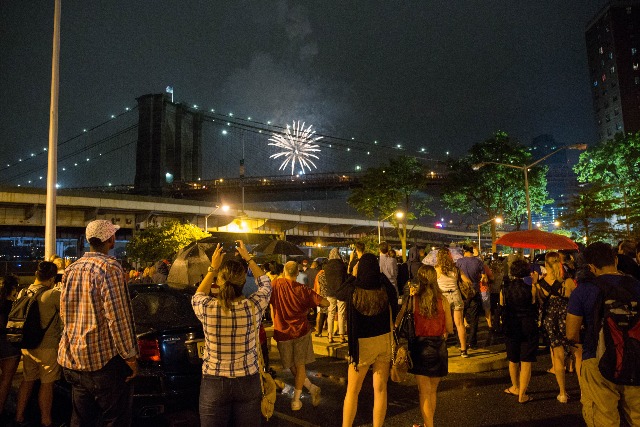 Alfred E. Smith Houses
Residents start the party early in the playgrounds and greenspaces closest to the river at this big NYCHA complex, but there's always room for stragglers--the sight lines are pretty poor--if you haven't been able to crash any sort of fancy rooftop soiree before 9 p.m.

The southern end, or the "hook" part, of Corlears Hook Park on the Lower East Side, around where the East River Park Amphitheater is, should give you a fairly clear view of the fireworks, albeit from a considerable distance. Domino Park in Williamsburg will also likely be a fun place to hang out, and you might be able to kind of see some colors and lights from there.

#fireworks viewing
#fourth of july
#independance day
#macy's fireworks
#original
Do you know the scoop? Comment below or Send us a Tip