The Macy's 4th of July Fireworks are back over the East River, which means it's time for you to beg your friends with the sweet rooftop views to have a party. Here's where the barges will be stationed:

Four barges will be in the river between East 23rd Street and East 37th Street.
- In Manhattan, the best places to watch these are along elevated portions of the FDR Driver; Macy's says, "The lanes will be opened to the public at approximately 7:00 PM with access at Houston, 23rd, 34th, and 42nd Streets."
- In Queens and Brooklyn, anywhere with an unobstructed view of the sky over East River should be good.

Macy's adds, "All Manhattan, Queens and Brooklyn access blocks will close as viewing areas fill up. Spectators will be re-directed to open access blocks as appropriate. All access points are subject to change up until the day of the event by NYPD. All spectators should note that lawn chairs, blankets, backpacks/containers or other large bags will not be permitted into the public viewing locations for security purposes. Spectators are subject to search by NYPD." 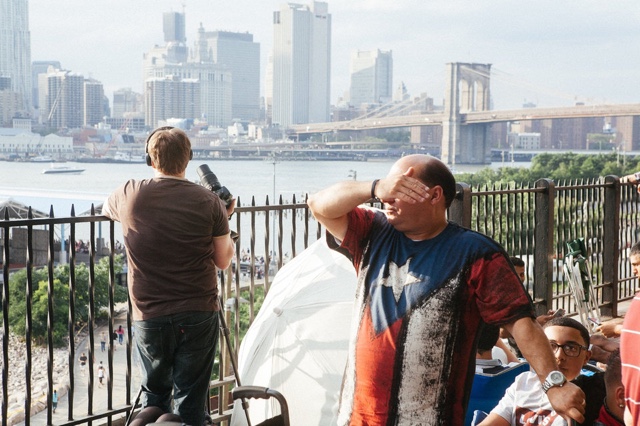 If you feel like shelling out big bucks to see the fireworks from a boat, there are still some availabilities left. Hornblower Cruises has a few options that include food and drink: A family cruise starting at $179; another at $275; and a luxurious experience with six-course meal for $500.

Classic Harbor Lines has tickets available on its luxury boats, ranging in price from $428 to $598. You can go on New York Water Taxi's Zephyr Cruise, which has hors d'oeuvres, buffet dinner, dessert and soft drinks included (there's a cash bar, too), for $299 a person.

As for the pyrotechnics themselves, that will begin at 9:25 p.m. The fireworks will dance in the sky for 25 minutes.

As for daytime activities and eats, check out our recommendations for America's Birthday.