Finally, after months of interminable campaigning and political posturing, the first general election presidential debate is upon us. Hillary Clinton, who has been preparing for this moment her entire life through tireless public service, will face off against Donald Trump—who believes preparation is a character defect—Monday at Hofstra University in the first of three presidential debates. Despite, or perhaps because of, the fact these debates are more soundbite incubator than substantive policy discussion, they will inevitably help decide what is a—shockingly, horrifyingly—close race.

So you need to watch it! Even if you already know which way you're voting, it is a citizen’s duty to bear witness to the potential crumbling of her once-proud democracy. There’s a couple ways to do this: you can sit at home and yell at the TV (or YouTube or Facebook or Twitter) by yourself. Or you can go to your candidate’s website and find all sorts of debate watching parties hosted by similarly-minded people—if your candidate is Clinton, that is. The link to Trump's debate party page is basically a 404 message. Make of this what you will.

Below, check out a few more options for watching, boozing and laughing your way through the debate. Let jokes fill that space between you and Trump's ideas.

Q.E.D QUEENS But maybe for you, laughs before and after the debate just aren’t an immediate enough form of catharsis. Perhaps you need comedic commentary between and during the debate's exchanges. Luckily, back in the nineties, Mystery Science Theater 3000 invented a system for creating comedy out of unbelievable narratives with over-the-top villains. At Q.E.D in Astoria, they are applying that same system of live commentary to the debates, with MST3K alum Frank Coniff, standup Christian Finnegan, who you might remember as the white guy in the Chappelle Show's “Mad Real World” sketch, and Someecards’ Myka Fox. 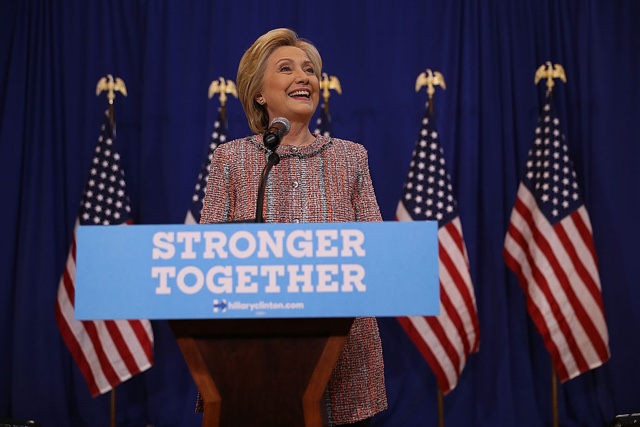 CAROLINE'S ON BROADWAY Caroline’s comedy club also has the debate with live commentary, but this performance is likely to be a bit more liberal and profane. The hosts of the cult podcast Chapo Trap House, who Paste Magazine called “vulgar, brilliant demigods of the new progressive left,” will do their thing live during the debates, along with a special guest.

EASTERN BLOC For those who think laughter is an an insufficient cure for end-of-the-Republic anxiety, you can always dance for Hillary. East Village gay club Eastern Bloc is hosting "The Politics of Dancing," which features a dance party immediately following the debate. The night is a fundraiser for the Hillary Victory Fund, and includes a performance by David Raleigh.

APOLLO THEATER If you are one of those centered and rational people who seek to dispel anxiety and fear through understanding, then you might want to head to Harlem's Apollo Theater. Before the debate, there'll be an interactive panel discussion with editor-in-chief of Black Enterprise Derek Dingle, political analyst Amy Holmes, The American Conservative's founding editor Scott McConnell and Univision’s Marielo Salgado. There will also be performances by soul jazz violinist/vocalist Charisa the Violin Diva and string quartet Diverse Concert Artists. 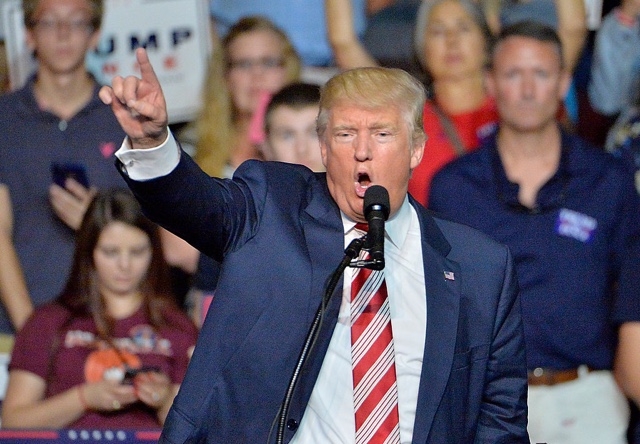 HUMBOLDT AND JACKSON You’d be forgiven if this seemingly endless election has eroded your patriotism. If that’s the case, then the best recipe for the "lesser-of-two-evils" blues might be a decidedly pro-American debate event at Humboldt and Jackson in Williamsburg. The debate will be played on the giant projector in the event room while the staff hands out free “old school congressional white wigs.” Raffles will distract from the horror, as will half-off American wines and beers and $10 cocktails. And after the debates, there will be a feel-good pick-me-up: a screening of Rocky.

WOMEN'S NATIONAL REPUBLICAN CLUB As a serious journalist, I do feel that I need to present both sides of every issue. And since we did present at least two liberal leaning events, I feel it is my duty to present a conservative alternative. Turns out, it's really hard to find a Trump event in NYC (especially when the Trump website is broken). But I did find an option for conservative women, or anyone looking for a masterclass in cognitive dissonance. The Women's National Republican Club is holding a debate watching party at their Midtown headquarters. There's a dress code, so if you decide to go, dress to impress Ann Coulter.

Also, Miles in Bushwick will be serving free Cheetos during the debate, in honor of the Mr. Trump's jaundiced hue.

#Debate Parties
#donald trump
#election 2016
#hillary clinton
#original
Do you know the scoop? Comment below or Send us a Tip