When Pokémon Go(es) To The Metropolitan Museum Of Art As a millennial, there are certain things that are expected of me: laziness, crippling student loan debt, being too lazy and debt-ridden to grow tomatoes on my terrace, an affinity for things that remind me of my childhood and therefore help me forget about my crippling debt, etc. Pokémon Go, everyone's new favorite game, falls into that last category.

Pokémon Go has taken over; Pokémon Go has turned us into walking zombies, at least according to Bill Bratton. People are playing Pokémon Go in cemeteries, while driving, at the 9/11 memorial—and most recently, at the Metropolitan Museum of Art, where I attended Museum Hack's first-ever Pokémon Go-themed tour. (Full disclosure: I wasn't super into Pokémon as a kid. I had a few cards and sometimes watched the show, but it wasn't a big part of my life. I can only name about 10 Pokémon off the top of my head).

The original plan was to visit all the PokéStops in the museum, set some lures, catch some Pokémon, look at some art, and have a big gym battle at the end of the tour. That is not what we did. Pokémon Go's servers were down worldwide at the beginning of our tour. Not the best start, but we made do. Our guides, Lily and Ben, asked us to introduce ourselves, our team (I'm on team Mystic), and our favorite Pokémon (Dragonite). It quickly dawned on me that I am not as excited about anything, anything at all, as my fellow tour-goers were about Pokémon. 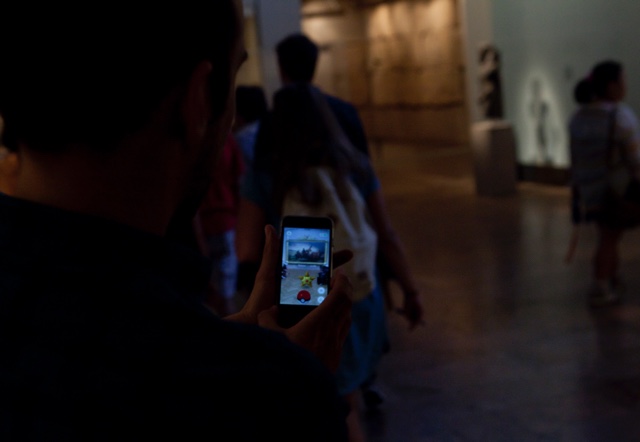 At precisely 11:18 a.m, it was announced that the game was up and running again while our group was in the elevator. Chaos. Pandemonium. Cheering. The game immediately crashed as soon as we walked into the Arts of Japan wing. No Pokémon would be caught on this tour.

The majority of our tour involved looking at animal-related art, since Pokémon are essentially pets you torture by carrying them around in little balls and forcing them to do battle. Animal cruelty is totally cool in the Pokémon universe. [Ed. note: Our resident nerds tell us Pokémon actually have a mutually beneficial relationship with their humans who give them Pecha Berries, but do they realize they should probably unionize?]

We decided that "William", an ancient Egyptian funerary sculpture of a disabled hippopotamus, was the Met's Pikachu: William is the Met's unofficial mascot, and he is kind of basic, but we like him anyway.

Apparently the Henry Luce Study Center is usually crawling with Pokémon. Since we couldn't catch Pokémon, we played a different game: everyone had to find an item in the room that could be a new Pokémon, decide its attack, take a picture, and share it with the group. During this game, our photographer caught me taking selfies in one of the room's many mirrors, because I am a millennial. I had a good excuse!

The mirror was going to be my Pokémon, but I couldn't come up with a good enough attack for it. Instead, I settled on some frames (attack: they trap you and age you up so quickly that you die, reverse Dorian Gray-style). Do you know who won the game? Someone else, someone who had chosen a mirror as her Pokémon. [Ed note. Our Pokémon nerds are disappointed Gaby failed to remember TM33, "Reflect", would be a logical and thematically relevant attack for the mirror. She will be given Poké-re-education early on Monday morning.] 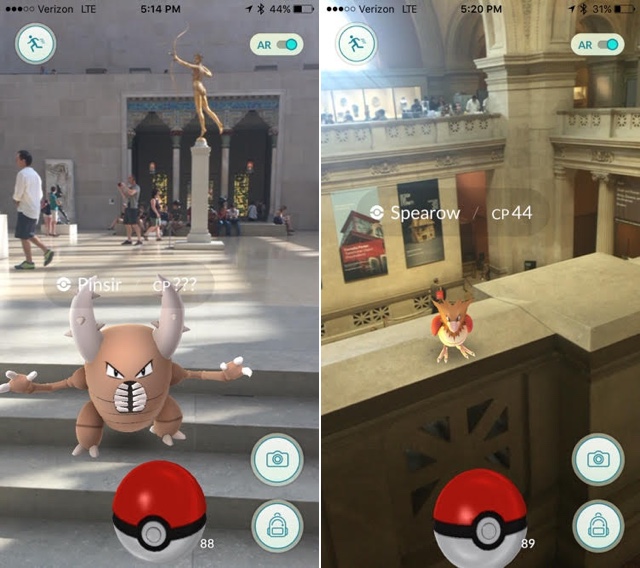 Despite my loss, I learned quite a bit during the Pokémon tour. For example: Michael Rockefeller was eaten by cannibals after being stranded at sea; J.P. Morgan used to own a collection of gold Bavarian drinking implements from the seventeenth century; and the Met now owns a doggie bed that once belonged to Marie Antoinette. Most importantly, there is an ancient Egyptian goddess whose nickname is "Mistress of Dread," and she is my new hero.

Had the game been working, would I still have learned this much? Probably. Would I have roamed around the Met like a Pokémon-addled zombie, desperately looking for my next fix? Probably not. 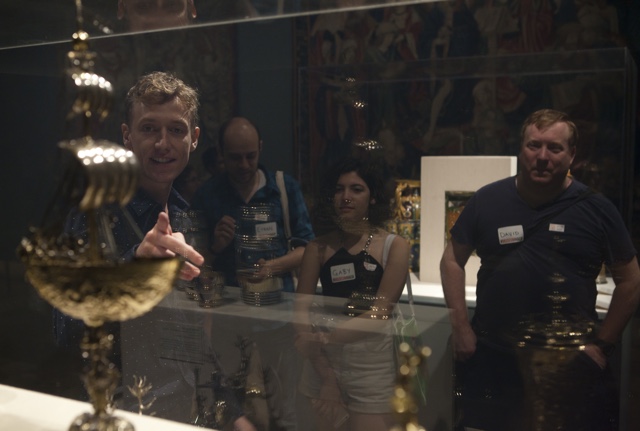 "We planned the tour so there would be designated Pokémon time, but also a time where everyone just puts their phones away and looks at the art," Ben said, as the tour was ending. "I've seen some people doing the zombie Pokémon crawl, but I haven't seen anyone be disrespectful."

"If someone wasn't going to go into the museum otherwise, I think it's a cool way to lure them in," Lily added. "It's cool to be on the forefront of a trend like this. I can't believe this is something I got paid to do."

#museum hack
#pokemon go
#the metropolitan museum of art
#original
Do you know the scoop? Comment below or Send us a Tip