What We Love About The Williamsburg Bridge, Which Turns 111 Today

You may not be the prettiest span in the city, you're kind of more... ugly-cute, but you've got your charms. Let's focus on those today, your 111th birthday. 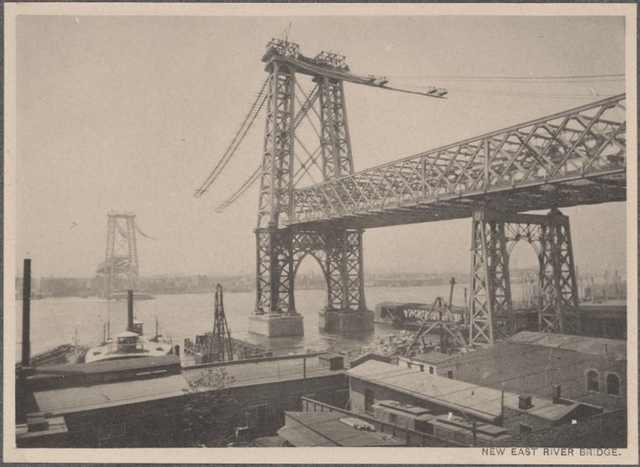 First of all, you've got great HISTORY, starting out as "The East River Bridge." And remember that time you almost got moving sidewalks? Or how about when you were going to get a shiny makeover and reflective panels, along with a two-story restaurant in one of your towers? That restaurant actually would have been pretty cool—maybe we should consider revisiting that idea? 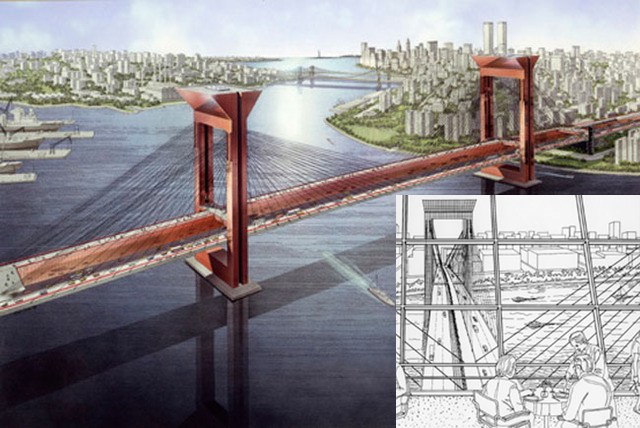 The 1980s rendering for a new bridge

You've got the best BIKE LANE of any bridge in the city—unlike the Manhattan or the Queensboro, it's elevated above the traffic, which makes for a much more pleasant ride. It's also separated from the pedestrian path, and at the midpoint there's a sweet pot-smokin' pit-stop.

Which is perfect, because you're also the bridge with most ENTERTAINMENT. In classic Hipster Williamsburg fashion, you've played host to both DIY concerts and aerialists, like you're a goddamn warehouse in Bushwick or somethin'. Thanks for never charging a cover. 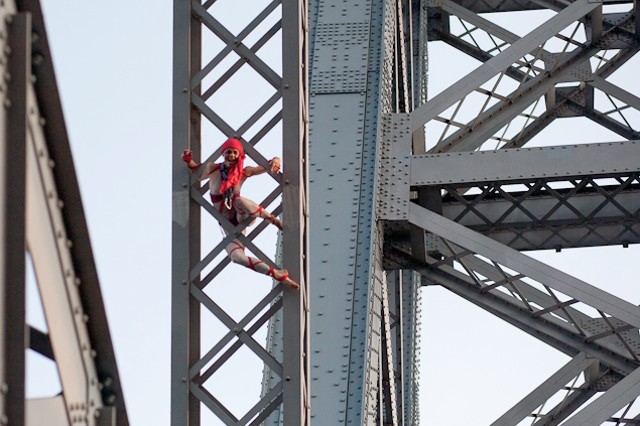 You're also an ART gallery, hosting an continuously changing exhibit of street art and graffiti—more than any other bridge in the city—which is pretty old school of you. You've got everything from hastily written messages, to more elaborate pieces, to crazy illegal installations. 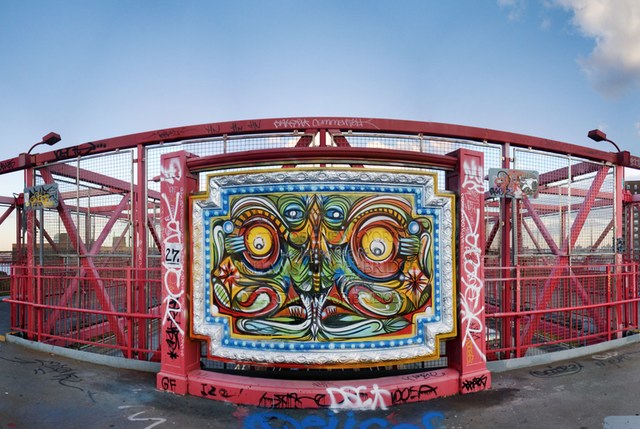 Now let's talk about that VIEW. Man. If you've ever crossed the bridge via train around sunset, you almost appreciate the crawling pace it's going at so you can take it all in. This is especially true if you're coming out of the darkness of the Delancey Street stop. And the view can be appreciated while biking and walking, as well—you'll see the Manhattan and Brooklyn Bridges in the distance to one side, and to the other: the symbolic and also very real destruction of Domino. 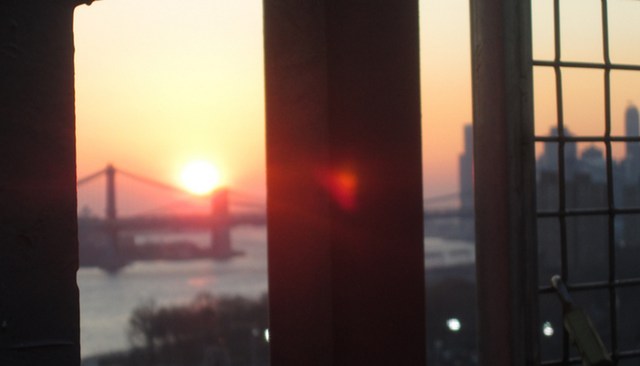 We don't even mind that you're so hipster that we need a new name for hipster...

And dang, noir looks GOOD on you, Bridge:

#birthdays
#williamsburg bridge
#original
Do you know the scoop? Comment below or Send us a Tip