What everyday situations trigger the most anxiety and dread in the hearts of New Yorkers? This highly subjective question was posed to me by Gothamist Deputy Editor Jen Carlson, who asked if I was man enough to confront the "triggering" images she curated below, and also write some captions to go under them. I was trepidatious at first, but once I started facing these ubiquitous New York fears, the process became almost therapeutic. Do any of these things "trigger" you? Let us know in the comment section, which is another thing I find "triggering." 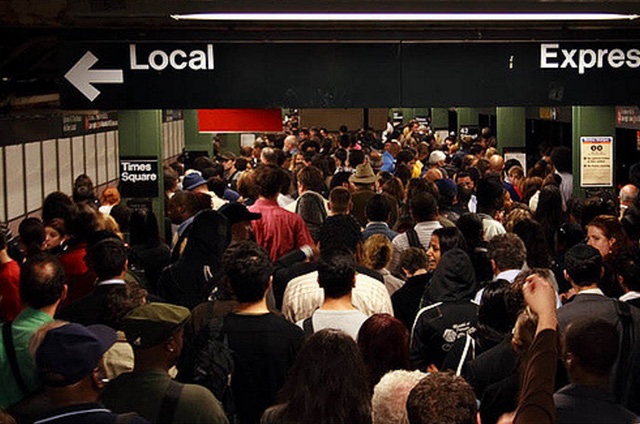 It seems like every time I take the subway instead of biking my commute turns into this. I believe it's because the NYC subway system maintains a certain degree of karmic equilibrium, and if you don't use it on a regular basis, you go into karmic debt with The System, and you build up a backlog of shitty commutes you have to work through in order to make up for lost time. Prove me wrong. 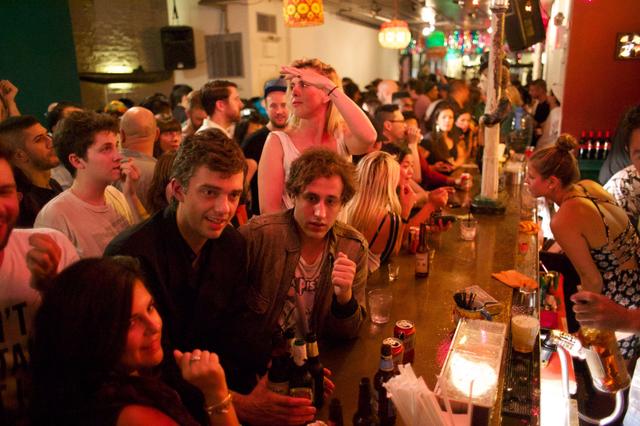 Nope. The only crowded bar worth tolerating is Sunny's, especially Sunny's on a Friday night in the late '90s when it was a legit speakeasy. Every other crowded bar is just a reason to feel smug about being in a fulfilling relationship that's reached the sublime 'Let's just go home and watch Inherent Vice again' phase. 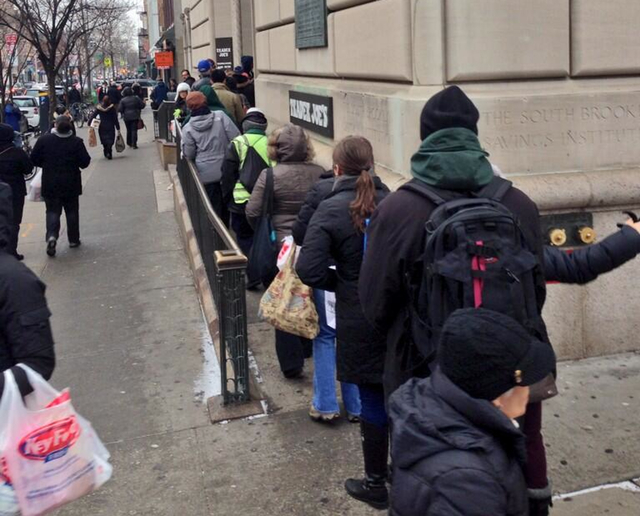 Ha seriously? The only line worth the time in the past several years was the line for The Clock. That was really interesting, because the time spent on line became a meta-contemplative experience that enriched the film once you finally got inside. All other lines are an outrage and an insult to the gift of life. Nothing's worth a line if it can be at all avoided. Especially not brunch. 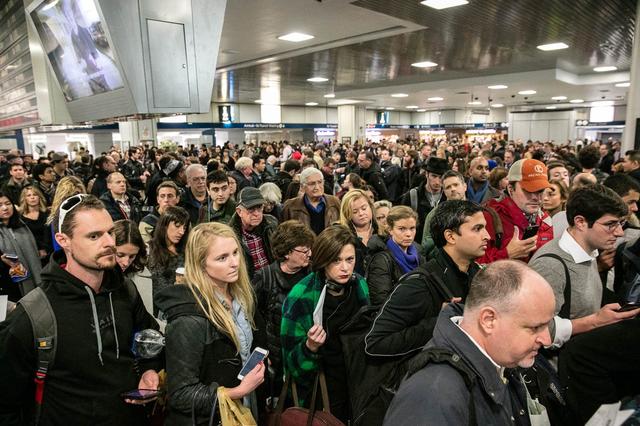 Fuck this place. It's an often unavoidable evil, like those interminable "First Look" behind-the-scenes commercials before the previews start. To save yourself some of the pain and degradation, you should: A) know how to hack Amtrak, B) focus on how much you're saving in rent if you're headed home to New Jersey, and C) embrace Kabooz's, which isn't as depressing as that bar in the LaGuardia Southwest "terminal" (but then, what is?).

BED BUG MATRESS OUTSIDE OF YOUR APARTMENT BUILDING 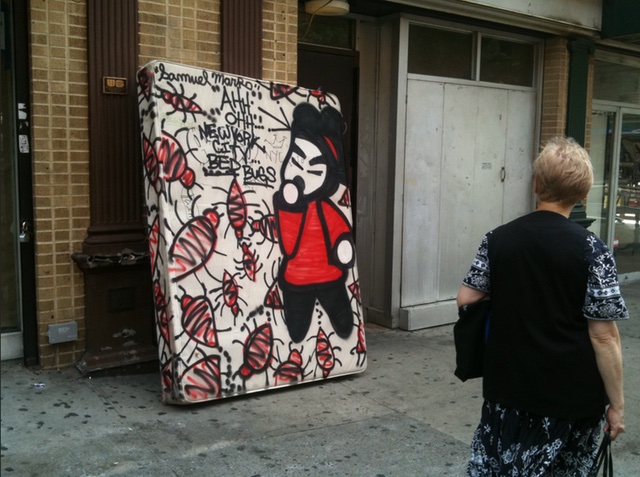 Cross the street, say a prayer, and remember that they'll never take ALL your blood. Right? 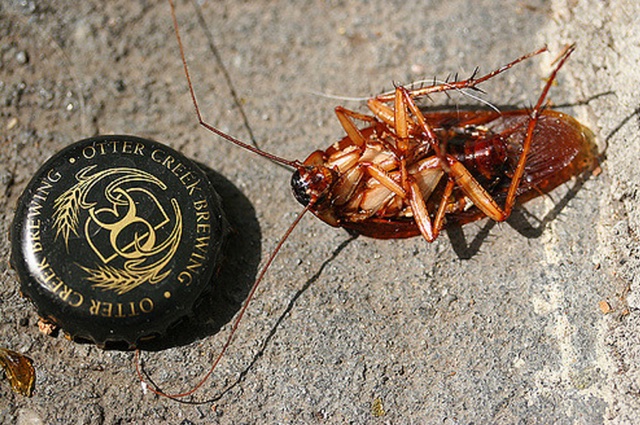 You know, a roach isn't really so triggering, unless, like me, you opened your box of Hemp Plus granola one fine Brooklyn morning and over a dozen roaches scrambled out like you were the cops breaking up a cockroach cockfighting ring. You never forget those moments. 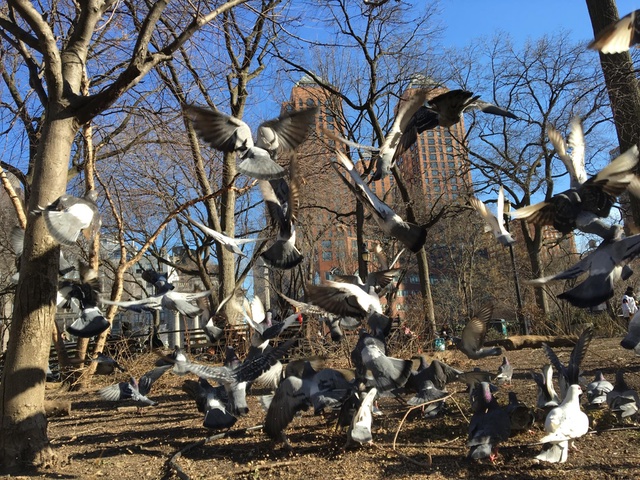 They're tolerable in small doses, but every once in a while one of our city's pigeon enablers feeds them just as you're walking past and a whole flock (murder?) of them flap into your face. You smell their airborne vermin musk and feel their filthy feathers brush your lips—which people say is good luck but we all know that's a lie. What it means is your first child will grow up to have a thick pigeon neck that makes his head bob back and forth when he walks, and he'll wind up one of those lonely old men who feeds pigeons. New York City needs these people for some reason.

C RATING AT YOUR LOCAL DELI/RESTAURANT 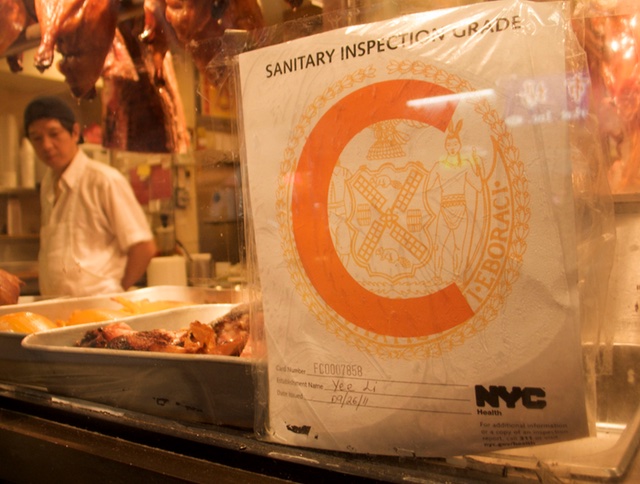 THEO: Years from now there won’t be one sad fuck to look at any of this. What keeps you going?
NIGEL: You know what it is, Theo? I just don’t think about it.

Unless you prepare every meal at home with produce you grow in your own organic greenhouse, you're going to find unintended items in your food from time to time. If you live in New York, you probably get takeout and deli sandwiches quite a bit. Are you going to let one C grade keep you from your favorite Bacon Egg and Cheese? Nope. You just don't think about it.

NYC: Either some leisurely sloth is waddling TOO SLOW in front of me or some impatient ballbreaking Nazi is BREATHING DOWN MY NECK behind me 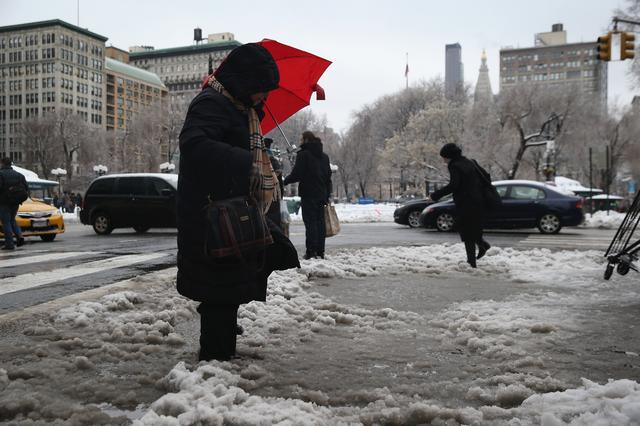 Even the most waterproof pair of hip waders won't save you from the creatures that live in the bottom of NYC's toxic slush lagoons. 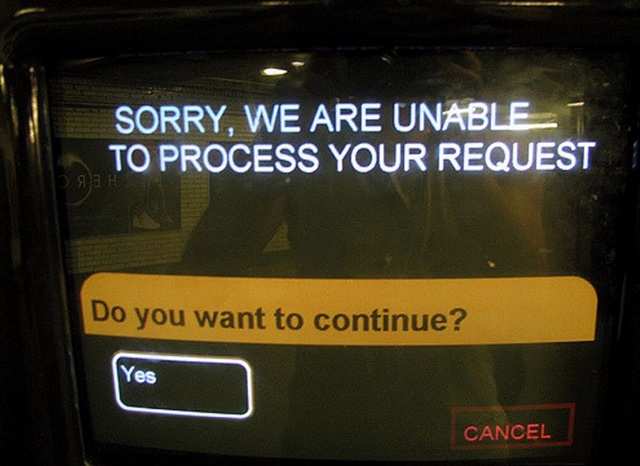 ARGH IS THAT OUR TRAIN PULLING IN? YES IT IS HURRY NO NO NO NOOOOO! WE MISSED IT. SEE THIS IS KARMA, I TOLD YOU! 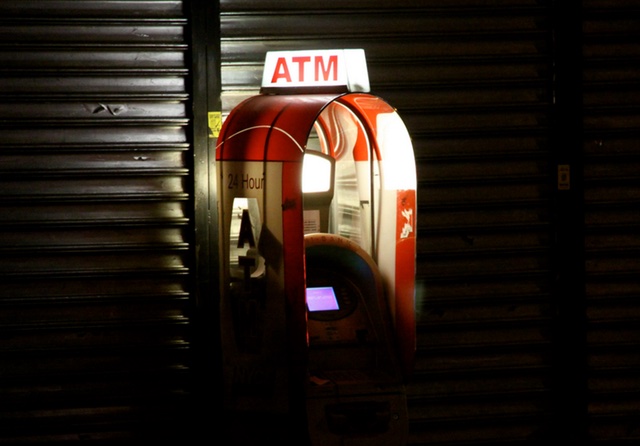 Ha ha, you are a decadent 21st century New Yorker who lacks the aptitude for basic financial planning, and now you must PAY! 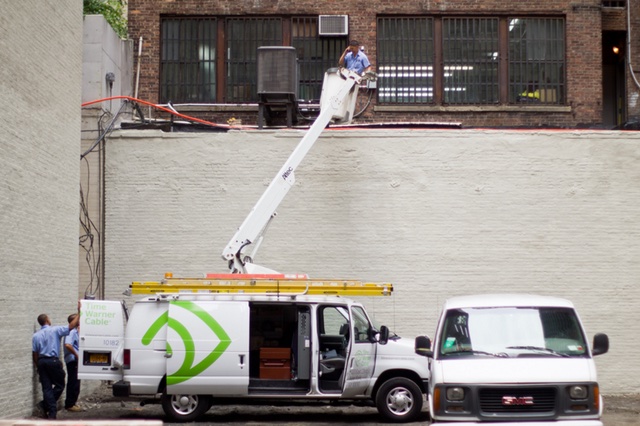 This is just something you have to learn to live with in New York, like solitary neurofibroma of the scrotum or bros in flip-flops. There is no escape, not even in death, which will be webcast with frequent buffering interruptions.

#anxiety
#blog therapy
#fear
#life
#nyc
#triggering
#original
Do you know the scoop? Comment below or Send us a Tip
A new Gothamist is coming! We’ve moved comments over to our beta site. Click here to join the conversation and get a preview of our new website.