What To Do This Weekend: Gowanus Warehouse Of Horrors, Harvest Beer & Cider, BowieBall NYC, And More!

Halloween Haunted Houses based on real-life events are all the rage this season, and Brooklyn-based production company Ugly Rhino is getting in on all that true crime action. Beginning this Friday and Saturday, the Brooklyn Lyceum transforms into The Warehouse of Horrors: Gowanus '73, an interactive exploration of the "seedy underbelly" and "twisted and true history" of the area in the '70s. It goes like this: "After a string of mysterious and grotesque murders at an underground rave party, a complex web of mafia relations, crooked cops, and dangerous drug dealers is revealed."

Audience members travel around the warehouse—in the same vein as Sleep No More—cocktail in hand to take in their surroundings and hear stories from the characters. Three cocktails come with your entry ticket—a great deal for only $20—which can be picked up at the door 30 minutes prior to the 8 p.m. show. The Warehouse runs Fridays and Saturdays through the 27th and October 31st and November 1st.

NY Cider Week keeps on rolling Saturday at the Harvest Beer & Cider Sessions (with Sprits)! tasting event at Williamsburg Waterfront. Two sessions divide the event, one from noon until 3 p.m., the other from 6 until 9 p.m., and you'll have access to over 40 different varieties of cider, wine and spirits, including special craft brews curated by Private Tap, which participated in this year's Brooklyn Pour. As with every event of this type, plenty of live music keeps things moving and food from SlanktyShack, Murray's Cheese, Jimmy's No. 43 and others make sure you stick it out for the long haul. $20 GA tickets (including one beer ticket) and $50 VIP tickets (with unlimited samples/beer) are available online. 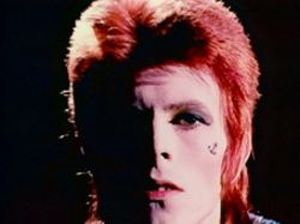 Rock out in celebration of the 40th anniversary of glam rock deity David Bowie's John, I'm Only Dancing! at this year's BowieBall at (le) Poisson Rouge. Expect a glam rockstravaganza of DJs, live music, burlesque and more coming at you from every direction. Come decked out in "Knitted Jumpsuits, Warholian Dandies & Jareth 'Babe With The Power' Realness" for the costume contest but don't worry if you don't pass muster: sponsor MAC Cosmetics will perform "hair overs and starbolt make up make overs." A portion of the proceeds go towards the very deserving Ali Forney Center, which finds housing for homeless LGBT youth. Doors open at 10:30 on Saturday night and you can buy $20 tickets online or pony up $30 after midnight at the door.

If you prefer exploring Sex, Drugs, & Rock'n'Roll in a more scholarly setting, the Horizons Perspectives On Psychedelics hosts a weekend of panels and speakers exploring topics such as "Why Psychedelics Matter" and "Beyond Fear: The Effects of MDMA in Humans." On Friday from 6 p.m. to 10 p.m., mingle with other psychedelically-minded folks at the conference kickoff happy hour at the Rubin Museum, with a full menu of pan-Asian fare and drinks. Then on Saturday and Sunday, listen to medical doctors, Ph. D's, psychotherapists and other experts in the field discuss a broad range of topics surrounding modern sentiment on psychedelics. Tickets are available here; ecstasy tabs not included.

#bowieball
#cider week
#david bowie
#gowanus warehouse of horrors
#psychedelics
#ugly rhino
#weekendist
#what to do this weekend
Do you know the scoop? Comment below or Send us a Tip
A new Gothamist is coming! We’ve moved comments over to our beta site. Click here to join the conversation and get a preview of our new website.