If you wanted to destroy the internet—rip out the cables, smash the boxes, kill the Takes—would you know where to start? Last year, as the world slowly got wise to the depth of government surveillance in their smartphones and inboxes, artist and writer Ingrid Burrington recognized a trend.

"It became increasingly clear that part of the reason we didn't have good visuals for explaining how online surveillance works was that we didn't even have good visuals for the internet itself," Burrington says. "I started thinking, how do you understand the internet as being something that's all around you at all times, when all the physical objects are so obstructed and obscured?"

As a resident at Eyebeam, Burrington's answer was to create a field guide for internet infrastructure in New York. 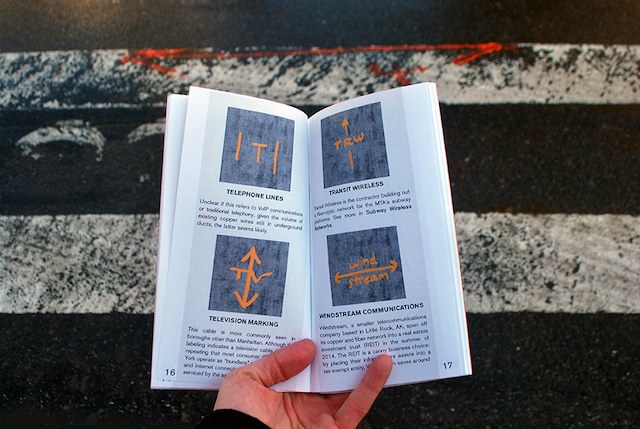 "Infrastructure is one those things that's sort of designed to be ignored," Burrington says. "You only notice when it stops working."

The book feels like a birding guide, but for the metallic beasts that hulk on our roofs and in the subway tunnels; quotidian secrets you take for granted and never bothered to question.

"XO Communications…emerged from bankruptcy in 2003 with well-known activist shareholder Carl Icahn as its majority shareholder and board chairman," reads a typically descriptive entry next to a diagram of the ubiquitous symbol for the company's cables that are spray-painted all over our streets. 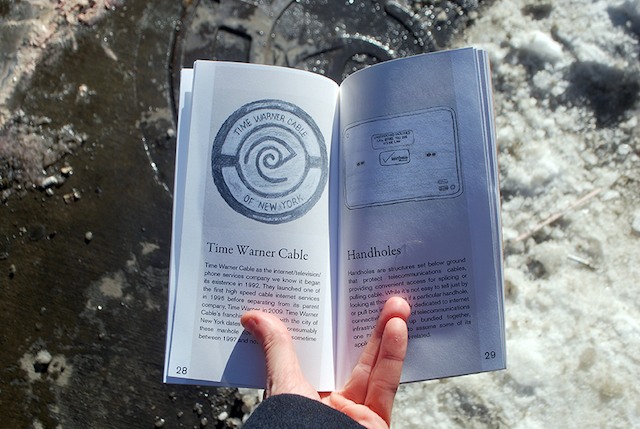 There are diagrams of NYPD and MTA surveillance cameras, the large boxes that control traffic patterns, and the Art Deco fortresses that hold the carrier hotels—"highway cloverleafs for the internet," as Burrington describes them—like 32 Avenue of the Americas and 60 Hudson Street.

"There's something really fun about going and looking for the cable markings, because they're the sort of thing that you come across that are serendipitous," Burrington says, comparing them to the twisted horn symbol in Thomas Pynchon's Crying of Lot 49. "It's like, oh! There it is again!" 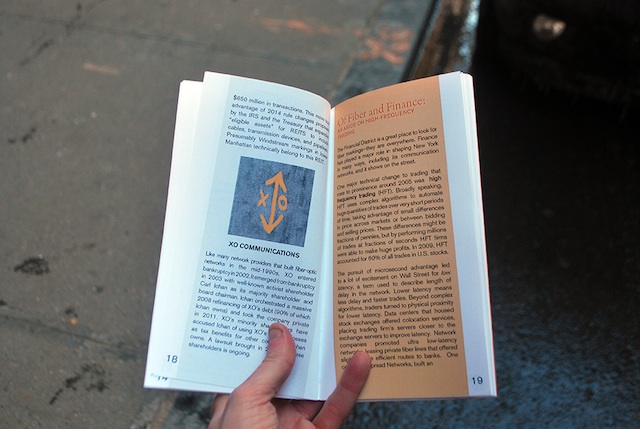 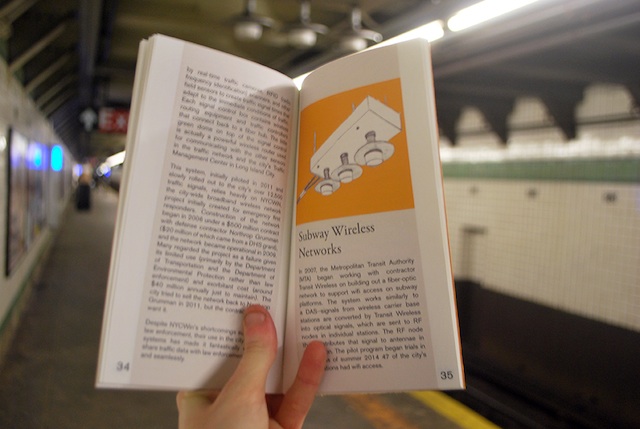 You can see the field guide at Eyebeam's annual showcase in the Front Street Galleries through February 21, or preorder one for $25. We suggested that the guide would be a perfect scavenger hunt device for children.

"I was talking to someone about that yesterday, about how to talk about the internet with the so-called 'digital natives,' " Burrington says. "Although I think that's the funniest phrase—it makes me think of a band of angry children."

"I remember once I was in a restaurant and overheard a teenage girl ask her dad, 'What's a server?' This is a 15-year-old girl with an iPhone, and there is absolutely no practical reason for her to know what a server is. But that's sort of sad, because to some extent, not knowing how the system works means that it's very easy for it to work against you."

#eyebeam
#ingrid burrington
#kill all the takes
#smash the boxes
#the Internet
#original
Do you know the scoop? Comment below or Send us a Tip