Wes Anderson bought a Citbike membership in the summer of his forty-sixth year. The uniformity of bikeshare programs appealed to him, though he preferred to call it a Citibicycle. He also really wished they had gone with a color that wasn't so... primary. His therapist believed that riding the blue bike in public would help with his Heinsbergen syndrome, which lately had really started to creatively and aesthetically box him in. 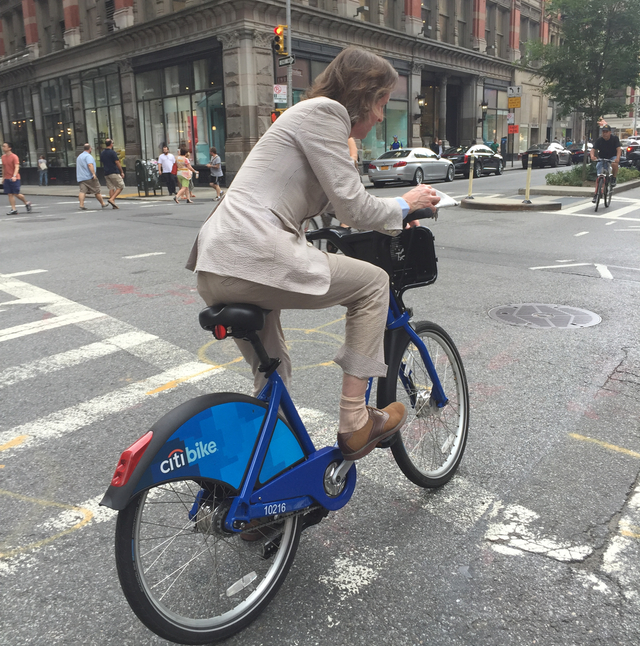 Wearing a taupe seersucker suit, with a hint of baby blue peeking out from the cuffs, Anderson pedaled around Manhattan yesterday in suede earth-toned footwear. At stop lights, he pulled out a perfectly folded newspaper from the bicycle's basket and caught up on the day's stories.

But this Citibicycle is just all wrong for the shot, Anderson thought. On top of that basic blue, there's the FONT. And no sidecar with a wincing Bill Murray holding a portable record player, playing old Kinks b-sides?

Witnesses saw Anderson throw the Citibike down, then heard him curse his therapist and call Jason Schwartzman, who arrived shortly thereafter on a mint-turquoise pedal surrey, which seemed to calm Anderson down almost immediately.

#citibike
#wes anderson
#original
Do you know the scoop? Comment below or Send us a Tip