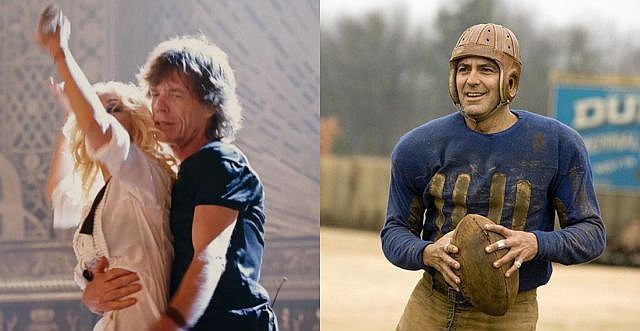 Shine a Light, the Rolling Stones concert documentary filmed live at the Beacon Theater by Martin Scorcese, rolls out today in regular theaters and in IMAX, perhaps the only screen big enough to accommodate all the egos involved and Mick Jagger’s bellystache, which the Voice says is so prominently showcased “and crucial to Scorsese's ode-to-old-folk vision that the movie couldn't exist without it… Shine a Light is not only a vanity project for everyone involved, it's a total tongue bath.”

The Times’s A.O. Scott sacks Leatherheads, the George Clooney homage to screwball comedy and football in the ‘20s: “The picture labors so strenuously to approximate some of the old screwball spirit that it winds up in traction. [Leatherheads] lurches hectically between Coen brothers-style pastiche and John Saylesian didacticism, while Mr. Clooney works his brow and his jaw and waits in vain for his charm to kick in and save the day.” 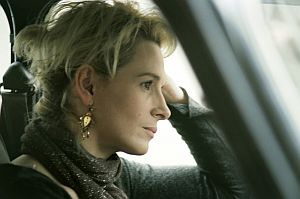 By far the best received release this week is Hou Hsiao-hsien’s remake of the 1956 art house confection Flight of the Red Balloon, which now stars Juliette Binoche (pictured) as a Parisian single mom to a 7-year-old boy with a new film-student nanny. The Voice’s J. Hoberman calls it “a movie of genius,” while NY Mag’s David Edelstein deems it “a distinctively modern and allusive masterpiece.”

Opening to middling reviews is My Blueberry Nights, Wong Kar-wai’s first English-language feature starring Natalie Portman, Norah Jones, Jude Law, and David Strathairn in a sensual ode to the American road movie and universal heartache. The Observer’s Andrew Sarris finds it “beguiling enough and bewitching enough even at this early date to make my list of the 10 best English-language films of 2008.” But other critics like Michelle Orange at the Village Voice can't force it down.

And the Voice has a good feature on the 15th and final New York Underground Film Festival, which ends forever on April 8th.