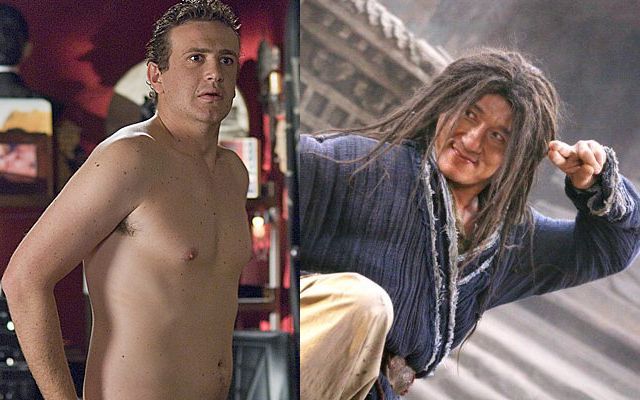 Forgetting Sarah Marshall opens today, remember? Of course you do, because the movie’s marketing campaign has flooded the city for months with posters like “You Suck, Sarah Marshall,” pissing off a lot of real-life Sarah Marshalls in the process. By now, you know that it stars Jason Segel (Knocked Up) as a jilted slacker who books a Hawaiian vacation to get over his ex, only to find her at the same hotel with her new rock star boyfriend (Russell Brand)! Ha ha ha! What are the odds? David Denby calls the movie "fitful and halfhearted.” And the promising cast – including Paul Rudd, Bill Heder and Jonah Hill – are “working in second gear.”

In the fantasy adventure Forbidden Kingdom, Jackie Chan and Jet Li team up in a convoluted story about warrior monks fighting a despotic warlord in feudal China. The Village Voice’s Nick Pinkerton writes, “This is the first collaboration between kung fu's Astaire and Kelly, and, as that, it disappoints. The camera placement is off, the tempo unvaried, and Chan's movements are obscured by his piled-on robes.” That said, Pinkerton concedes that “as I still illogically treasure Willow, many a 10-year-old who sees Forbidden Kingdom will remember it fondly in spite of its flaws.” 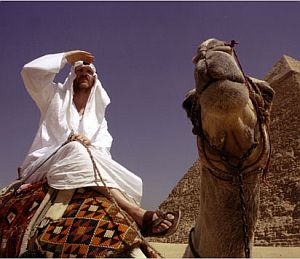 Director Morgan Spurlock’s Where in the World Is Osama bin Laden?, follows the same format at his first feature Super Size Me, with Spurlock placing himself at the center of an absurd romp through the Middle East in search of the titular evil doer. A.O. Scott says, “The charm wears off pretty quickly… and the information he uncovers will astonish just about anyone who has managed to get through the years since Sept. 11, 2001, without opening a book or a newspaper.”

The new Al Pacino vehicle, 88 Minutes, concerns a forensic psychiatrist (Pacino) on the run from a psychopath (and self-respect). Manohla Dargis calls it “execrable,” and Variety says, “the picture easily snatches from Revolution the prize as Al Pacino's career worst.” Film Forum presents Hard Day's Night and Some Like it Hot this weekend, among others, and the Sunshine screens Blade Runner: The Final Cut at midnight tonight and Saturday. And Tribeca Film Festival tickets go on sale to the general public tomorrow at 11 a.m. Peruse a selection of the 200-plus films in our narrative and documentary feature galleries.