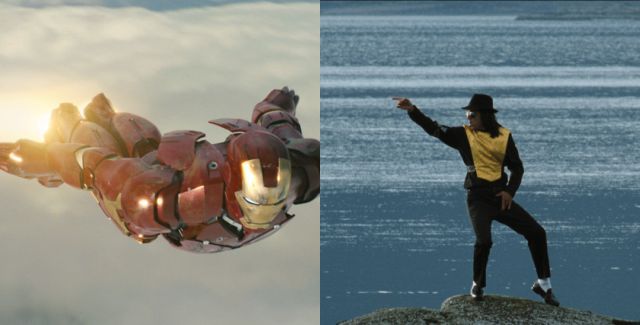 Robert Downey Jr. finally gets his big paycheck job with Iron Man, adapted from Marvel’s comic book series. Hollywood-Elsewhere’s Jeffery Wells calls it underwhelming: “I was never twitching in agony, but the advance word had suggested it might lift me out of my chair. Forget it.” He’s also troubled by “the jingoistic get-the-dumb-terrorists plot that John McCain or Dick Cheney will be totally delighted by if and when they see it. That's supposed to be what....cool? We all need to climb into the Bush tank for a couple hours in order to enjoy this thing?” Hooray for everything!

For something completely different, check out Mister Lonely, Harmony Korine’s first feature since 1999’s bold Julien Donkey-Boy. Opening at IFC after screening at Tribeca, the idiosyncratic story hovers over a Michael Jackson impersonator who follows a Marilyn Monroe impersonator (Samantha Morton) to an impersonator commune in the Scottish Highlands! A.O. Scott says the movie confirms Roger Ebert’s assessment a decade ago that Korine has “the soul of a real filmmaker… It demonstrates that Mr. Korine, who showed his ability to shock and repel in earlier films, also has the power to touch, to unsettle and to charm.” 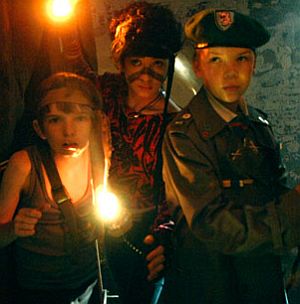 In the spirit of Napoleon Dynamite and Dirk Calloway, the new British comedy Son of Rambow has arrived to further indulge Generation Y’s infantile hankering for ‘80s nostalgia. In this one, some precious little rascals get a camcorder and make a no-budget homage to Rambo. Nicolas Rapold says it seems promising at first but ends up “disappointingly unimaginative." Depending on your temperament, this sentence should make it or break it for you: “The ’80s references pile up, culminating in a prolonged party that spotlights a joke about the candy Pop Rocks.”

In the 'don’t even go there' category, the Voice’s Robert Wilonsky says the Patrick Dempsey vehicle Made of Honor “should only entertain those still getting adjusted to the idea of talkies.” Manohla Dargis at the Times likes David Mamet’s martial arts flick Redbelt, but Newsday’s dissenting review is more fun: “You've seen teen breakdancing flicks with better plots, and cooler acrobatics, than this.” And this weekend Film Forum kicks off five – count ‘em – five weeks of Godard’s films from the ‘60s with Breathless.

#critics
#Iron Man
#Made of Honor
#Mister Lonely
#movie
#new
#opening
#Redbelt
#review
#Son of Rambow
Do you know the scoop? Comment below or Send us a Tip
A new Gothamist is coming! We’ve moved comments over to our beta site. Click here to join the conversation and get a preview of our new website.