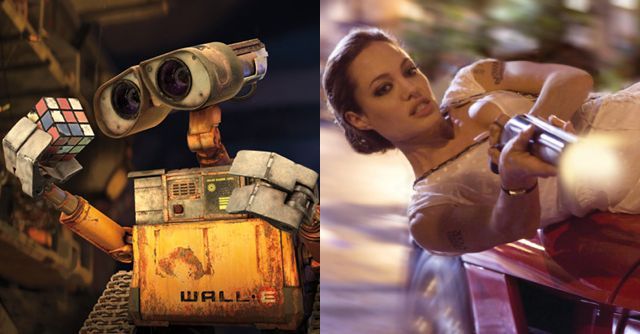 Looks like Pixar’s hit another home run with Wall•E, a movie about robot love on post-Apocalyptic earth. Jeffrey Wells calls it “a masterpiece of its type” but can’t stand the way director Andrew Stanton has been downplaying the movie’s ecological context in interviews. Wells writes, “It's a lie, of course – dis-informing of pig-trough moviegoers who might think twice about going to a ‘green’ movie that satirizes their lie-around, fat-ass lifestyle.” For those who trust only the accolades of print media, A.O. Scott deems the first 40 minutes “a cinematic poem of such wit and beauty that its darker implications may take a while to sink in.”

In Wanted, a jacked-up Angelina Jolie lifts James McAvoy out of a life of mediocrity and into a secret fraternity of vigilante hit-men. An ass-kicking rampage ensues, and the Voice’s Jim Ridley says “the Red Cross should develop funnels to catch all the zero-gravity splatter floating in the movie’s screen space… There are limits even to the number of times this Grand Theft Auto admirer can watch blood slung across the screen in fetishized slow-motion globules.” 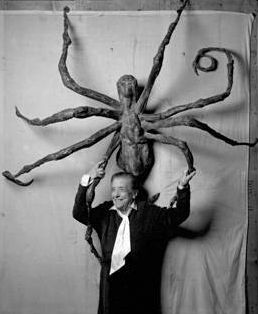 Marion Cajori started working on her documentary about sculptor Louise Bourgeois in 1993 – it’s finally seeing the light of day at Film Forum just in time for the Guggenheim’s career retrospective on Bourgeois, opening today. To make the most of the synergy, you can bring your ticket stub from any screening of Louise Bourgeois: The Spider, the Mistress and the Tangerine to the Guggenheim and get a 2-for-1 admission. The deal’s good through the end of the film’s run on July 8th.

Another interesting documentary opening this weekend is Trumbo, which draws heavily on the acerbic letters of blacklisted Hollywood screenwriter Dalton Trumbo. The film is in part an adaptation of the Off Broadway play starring Nathan Lane, but the Times’s Stephen Holden insists it’s “much richer than its source… a portrait of this notoriously cantankerous and combative writer as a noble champion of free speech who was willing to lose everything to defend his principles.”

MoMA is celebrating the films of acclaimed Kurdish director Bahman Ghobadi; J. Hoberman has a great profile on the series. And your midnight movies this weekend are Mad Max at IFC and Clue at the Sunshine.