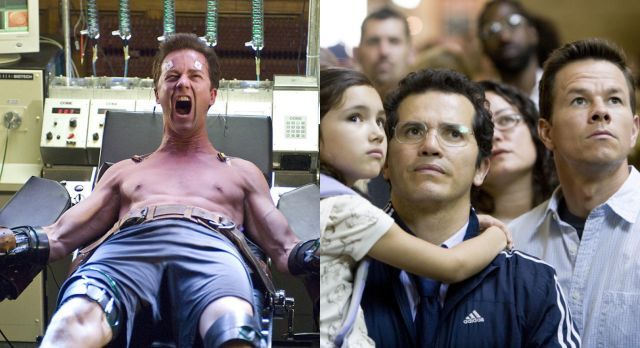 Hoping to reverse the curse of Ang Lee’s The Hulk, director Louis Leterrier and Edward Norton have teamed up to unleash The Incredible Hulk upon the masses. Their take on the franchise keeps the origin story brief and cuts to the chase, as the Army tries to neutralize their experiment run amok. A.O. Scott at the Times writes, “Let’s not get carried away: The Adequate Hulk would have been a more suitable title... If you really need a superhero to tide you over until Hellboy and Batman resurface next month – and honestly, do you? really? why? – I guess this big green dude will do.”

In the other big-budget corner is what looks like yet another flop from M. Night Shyamalan, about some sort of “event” that causes mass suicides and the human equivalent of colony collapse disorder. Mark Whalberg spends The Happening on the run while working through marital issues with his wife, played by Zooey Deschanel. The Boston Globe review is just one of many pans to choose from: “You wait in vain for the patented Shyamalan twist that will kick the story up to the next level, and it never comes: That's the twist… You feel like you're not watching the end of the world but the end of a career.” 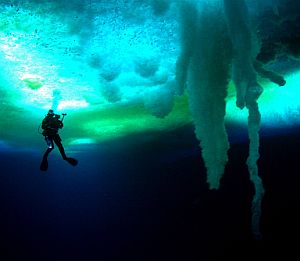 For something actually, you know, good, we recommend going to Film Forum for Encounters at the End of the World, Werner Herzog’s first documentary since Grizzly Man. Equal parts humorous, portentous and sublime, the film finds the German auteur traveling to Antarctica, where he wants to get out in the field but gets stuck for weeks in the hermetic confines of the U.S. outpost at McMurdo Sound. Here he passes the time in funny conversations with the various oddballs who voluntarily choose to reside in perpetual winter. And once away from the base, he revels in the near-supernatural sounds of underwater seal calls and stunning footage of marine life under the thick ice. The Village Voice’s J. Hoberman has a full review.

Hoberman also has nice things to say about Guy Maddin’s My Winnipeg, a quasi-documentary that mixes surreal imagery and invented history to get at the essence of Canada’s "Gateway to the West." And Quid Pro Quo, a noir thriller about a wheelchair-bound reporter’s investigation into the mysterious subculture of voluntary amputation, is, according to Stephen Holden, a “small, intensely acted film… that suggests a boutique version of David Cronenberg’s Crash or David Fincher’s Fight Club, but eventually runs out of courage.”

The Times has a look at the Human Rights Watch Film Festival that’s now underway, the Food Film Festival starts tomorrow outside at Water Taxi Beach, and your Sunshine Midnight screening this weekend is Stanley Kubrick’s 2001: A Space Odyssey. What are you seeing?