Because opening ceremonies for the Olympics are on Friday, most of the big studio movies are opening today. At the top of the heap is Pineapple Express, the new stoner comedy from Seth Rogen and southern art-house director David Gordon Green (friend of Gothamist). The action-packed romp, replete with an eponymous theme song by Huey Lewis, follows a stoner and his dealer on the run from some murderous thugs. Reviews are very mixed, with the Daily News deciding that “the movie's aspiration to be the little doobie brother of The Big Lebowski doesn't click.” The Village Voice, on the other hand, loves it as “a savvy nod to 1980s action comedies. But its greatest achievements lie in the tossed-off non sequiturs, the pop-culture (and Scott Baio) allusions, and the unexpected respites in the midst of all the bang-bang-boom.”

For the ladies and the men who owe them, there’s the sequel to The Sisterhood of the Traveling Pants. Guys looking to get out of this one had better come up with a better excuse than not having seen the original; Salon insists “you don't need to have seen the first Traveling Pants movie to get the gist of this one… It's a relief to go to the movies and see teenage girls acting like teenage girls, as opposed to grown women acting like teenage girls…And face it: There are harsher sentences in life, and in the movies, than looking at attractive young people for two hours, spending a bit of time worrying about their problems instead of our own.” 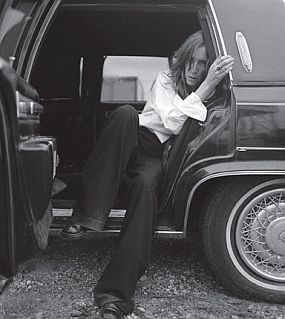 Also opening today is Patti Smith: Dream of Life. Director Steven Sebring spent 11 years following the renowned punk poet around the world compiling footage for the documentary, which the Times calls“a lovely, drifty first feature that feels less like a documentary and more like an act of rapturous devotion… Mr. Sebring creates a structure for the film in which past and present seem to flow effortlessly and ceaselessly into each other.”

And Bill Pullman joins Alan Rickman in Bottle Shock, about California wine’s rise to prominence in the ‘70s. Writing for the Times, A.O. Scott says, “the filmmakers struggle to shoehorn a fascinating story about wine into some kind of screen genre or another. But Bottle Shock is unable to figure out what kind of movie it wants to be, and flops around between madcap comedy and rousing drama. To borrow a wine-snob term of art, it lacks structure. Or, to push the idiom a little further, it’s a little too sweet, with some pleasantly nutty notes and a baloney finish.”

This weekend’s midnight movies are The Wicker Man starring Nicholas Cage at the Sunshine and Lord Love a Duck, a satire of ‘60s Southern Cal teen culture, at IFC.