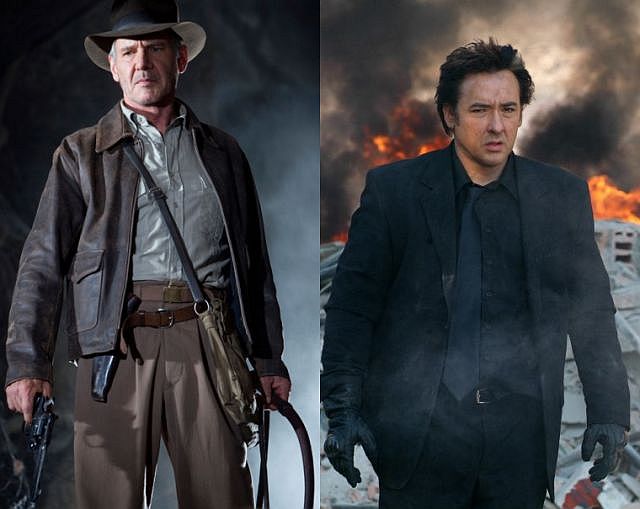 So a little movie called Indiana Jones and the Kingdom of the Crystal Skull has opened at last. Fan-boys have live-blogged during the premiere, physicians have written open letters of protest deriding the movie’s myriad junk food tie-ins, Russian Communists have been offended, and archaeologists have condemned Dr. Jones for his “unethical” violation of international treaties. But is the long-awaited (by some) $185 million fourth installment of the George Lucas/Steven Spielberg franchise any good? Responses include everything from “the worst of the 'Indiana Jones' movies, but still pretty much a delight,” to “far from a travesty,” to “it's almost unfathomable that this hoary mishmash is the best that George Lucas and Steven Spielberg could cough up.”

Then there’s War Inc., a gonzo black comedy that satirizes the union of America’s crass commercialism with its blundering foreign policy. We saw it during Tribeca and were taken by its completely over-the-top screwball style, even if it’s at times too broad. John Cusak stars as a hit-man for Tamerlane, a Halliburton-esque corporation (run by the U.S. Vice President) which “liberates” the fictional Turaqistan and floods it with fine Tamerlane products. It’s a deliriously dark comedy, and probably too out there for mainstream audiences and critics alike – the Times’s Stephen Holden speaks for the majority when he dismisses it as “sloppy.” 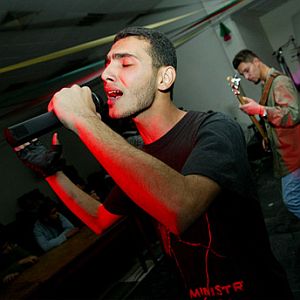 Also opening today is Heavy Metal in Baghdad, and if you thought breaking into the New York City indie rock scene was tough, you should try making it in war-torn Baghdad. The documentary tracks the vicissitudes of Iraq's only heavy-metal band, Acrassicauda, in the aftermath of the U.S. invasion in 2003. The Voice’s Jim Ridley calls it “a gritty travelogue of bullet-riddled Baghdad… which reclaims metal's appeal to the powerless as well as its threat – when you can get shot for wearing a Slipknot T-shirt…raising those devil horns isn't an empty act of aggression.”

Kubrick fans can soak up three nights of The Shining at midnight this weekend at the Sunshine. On Saturday MoMA screens the Tony Curtis/Burt Lancaster classic The Sweet Smell of Success, as well as Orson Welles’s Touch of Evil, as part of their Jazz Score series. And at Film Forum the Godard flashback continues with the ebullient Band of Outsiders.

#harrison ford
#Heavy Metal in Baghdad
#Indiana Jones and the Kingdom of the Crystal Skull
#jazz score
#john cusak
#moma
#movies
#review
#the shining
#War Inc.
Do you know the scoop? Comment below or Send us a Tip
A new Gothamist is coming! We’ve moved comments over to our beta site. Click here to join the conversation and get a preview of our new website.