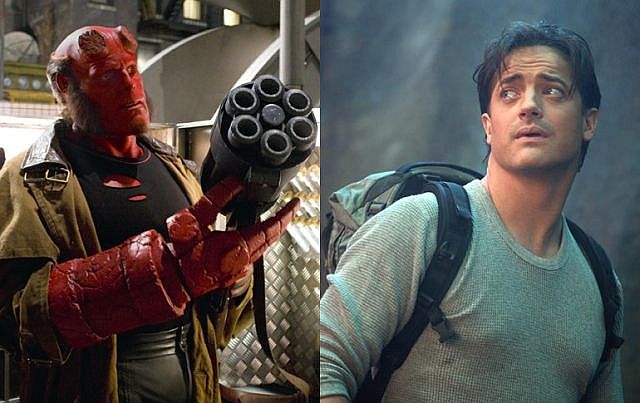 Nope, still not July 18th; will Space Chimps never open? Well, let’s put on a brave face and make the best of it. Hellboy 2: The Golden Army is looking pretty interesting, actually. Based on the graphic novel about a demon from hell who ends up sympathizing with the enemy (us), this sequel from talented Pan’s Labyrinth and Hobbit director Guillermo del Toro is “capable of delighting even the most jaded, comic-book-weary summer-blockbuster conscript,” according to the Times’s A.O. Scott. “This director is a compulsive and prodigious maker of creatures, and for this movie he seems to have opened up his notebooks and let his imagination run free.”

But of course you want to know all about the new Brendan Fraser opus, the 3D remake of Jules Verne's novel Journey to the Center of the Earth. Well, sourpuss Robert Wilonsky at the Village Voice brings the hammer down: “Fraser has completely forgotten how to speak to other actors; it no longer looks like the guy's reading from cue cards, but shouting from them… If the 3D here is better than average, slightly, the rest of the movie brings it way, way down—not quite to the center of the earth, but at least a good six feet under.” 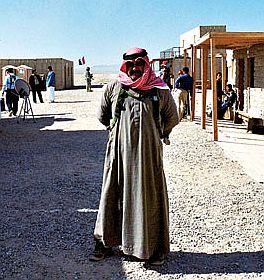 Documentary Full Battle Rattle looks at the billion-dollar “virtual Iraq” in California’s Mojave desert, where a few of the Iraqis lucky enough to be granted asylum in the U.S. help train soldiers on their way there. David Edelstein at NY Mag calls it “freaky, amusing, and sickening in equal measures—part fly-on-the-wall vérité, part multiple-perspective Altmanesque tragicomedy. Soldiers writhe on the ground choking in their blood, and then Americans and Iraqis pick themselves up and stand in line at ice-cream trucks; it’s like Disney World with the fireworks aimed lower.”

There’s also Silvio Soldini’s Days and Clouds, a moody Italian film about a middle-age, middle-class Genovese couple who get thrown to the wolves when the husband loses his job. Variety calls it“perceptively written, finely-played.” And IFC is screening a restored print of the 1961 film The Exiles, a “postcolonial noir” about American Indians on the harsh margins of Los Angeles; the Times’s Manohla Dargis deems it “provocative.”

Your midnight movies this weekend are Rosemary’s Baby at The Sunshine and the mind-blowing 1970 film El Topo by Alejandro Jodorowsky at the IFC Center. And the Japan Cuts series ends Sunday.