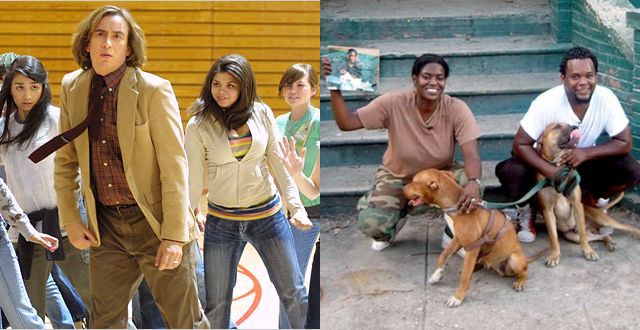 You know summer's over when the biggest movie opening is Hamlet 2, a Sundance hit about a high school teacher's struggle to save the school's drama program by writing, directing, producing and starring in a zany time-travel musical. (Okay, there's also Death Race, which the Times calls"a supercharged junkyard apocalypse powered by an unabashed relish for brutal comeuppance and a flair for delirious vehicular mayhem.") British funnyman Steve Coogan – you know, the guy who was "always right there with the drugs" for Courtney Love – stars with Catherine Keener and Amy Poehler. Peter Howell at the Toronto Star was not amused: "As much as you want to tell yourself how funny this idea is, it comes across as such only in fits and starts – and mainly from the neglected supporting cast."

On the other hand, there's Trouble the Water, a documentary that looks at Hurricane Katrina through the eyes of a husband and wife from New Orleans' Ninth Ward; some of the footage was actually taken during the storm by the couple. The Village Voice has a rave review: Fresh as a slap, the outrage of Katrina's mishandling comes flooding back in Trouble the Water, a documentary account so starkly surreal that at times it seems wrought from another century's folklore...What Greil Marcus called 'the old weird America' rolls in with the floodwaters. News of the outside world arrives from a friend, Brian Nobles, who floats in on a punching bag; a stranger paddles down the street in a washtub." 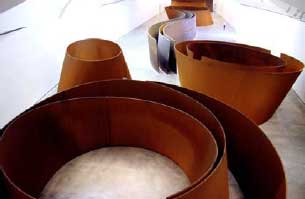 The documentary Richard Serra: Thinking on Your Feet follows the construction and 2005 installation of “The Matter of Time,” the sculptor’s epic eight-piece commission for the Guggenheim Museum Bilbao, Spain. The Times remarks that "listening to Richard Serra talk about sculpture is like listening to Russell Crowe talk about acting: after a while you feel you’re either in the presence of genius or the victim of an elaborate con."

Momma's Man is a semi-autobiographical film by Azazel Jacobs, son of the experimental filmmaker Ken Jacobs. The premise is that after a holiday visit with his parents, "Mikey is headed to the airport to return to his wife and newborn baby. Except he doesn't board the plane. Instead he returns to his parents' loft in lower Manhattan, back to his childhood room that has since been converted to storage." Armond White finds it "frustrating" and "joyless," but says it's still better than "most self-absorbed indie films." Manohla Dargis at the Times disagrees, calling it "lovely" and "touchingly true."

There is also House Bunny, a formulaic "comedy" about a Playboy Mansion playmate tossed from Hefnerland on the cusp of her 27th birthday. The Daily News: "After too much plot for such a nakedly dim film, it all ends as expected." And The Rocker stars Rainn Wilson (Dwight from The Office); the Boston Globe calls it"a grubby little redemption comedy that in every way feels like a consignment-shop Jack Black vehicle."The Crow is the midnight movie at Sunshine this weekend, the IFC Center has Mary Jane, a 1968 flick starring Fabian as a high-school teacher framed for pot possession.