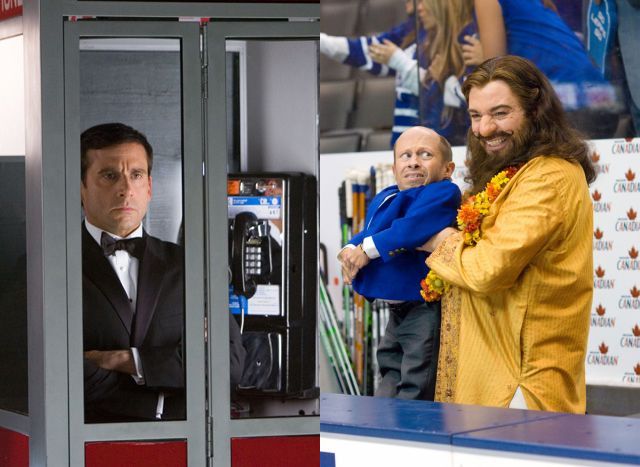 Judging from Get Smart’s first remarkably unfunny trailer, you might assume this $80 million remake of the late-‘60s sitcom, starring Steve Carell, Anne Hathaway and Alan Arkin, would be a guaranteed flop, but it’s actually getting some decent reviews. (It’s a mixed bag, of course.) The Village Voice’s avant garde film buff J. Hoberman, of all people, deems it a “pleasant surprise… an all-purpose (and often quite funny) goofball action comedy.”

Or maybe critics went easy on Get Smart because they were just too wiped out after their savage evisceration of The Love Guru, Mike Myers’s umpteenth parody of ‘60s clichés, in which he portrays a – well, you saw the title, which at this point might as well be renamed Ishtar. The Times’s A.O. Scott opines, “To say that the movie is not funny is merely to affirm the obvious…The Love Guru is downright antifunny, an experience that makes you wonder if you will ever laugh again.” Not to be outdone, Slate’s Dana Stevens moans, “Once in a while there is a movie so bad that it takes you to a place beyond good and evil and abandons you there, shivering and alone.” 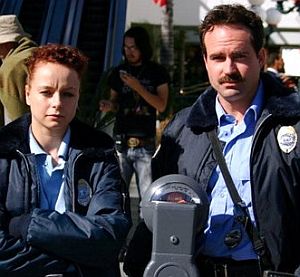 Expired stars the talented/pretty/creepy Samantha Morton as a meter maid who introduces herself as “one of the most hated people in the world” – though not to Jason Patric, who plays her overbearing coworker and lover. Manohla Dargis, writing for the Times, says the two actors are a perfect match for “the stubborn idiosyncrasies of [director] Ceclia Miniucchi’s visual style.” Morton is “close to perfect here playing an ethereal woman who’s so achingly lonely and so thoroughly bewildered by life (and seemingly untouched by cynicism) that she mistakes a nightmare for a dream. When she opens herself to love it’s as if she were opening a vein.”