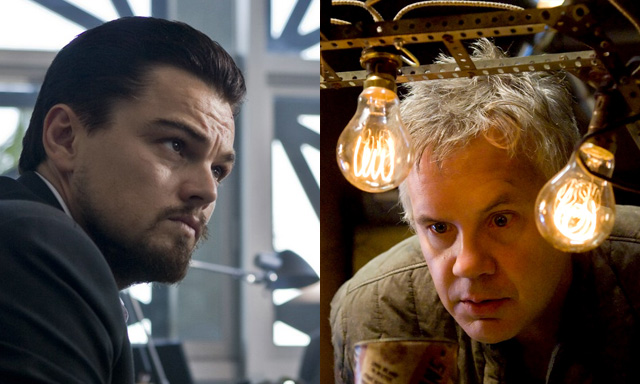 Ridley Scott's Body of Lies stars Leonardo DiCaprio as a high strung CIA operative and Russell Crowe as his duplicitous supervisor who spends his days scheming covert ops from the ironically banal environs of his suburban home. A.O. Scott at the Times wonders: "If terrorism has become boring, does that mean the terrorists have won? Or, conversely, is the grinding tedium of this film good news for our side, evidence of the awesome might of Western popular culture, which can turn even the most intransigent and bloodthirsty real-world villains into fodder for busy, contrived and lifeless action thrillers?"

Sci-fi adventure flick City of Ember is based on an adolescent novel about two teens rebels trying to escape their corrupt, disintegrating city, whose energy source is a single, 200-year-old generator. Bill Murray, Tim Robbins, Martin Landau and Tom Hanks all show up for the paycheck, but the Denver Post says"the brightest star in this well-meaning fable is the soundstage that stands in for endangered Ember. It's a beguiling, belching, labyrinthine example of movie magic." 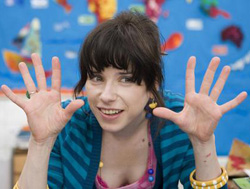 In Mike Leigh's Happy-Go-Lucky, Sally Hawkins plays Poppy, a relentlessly upbeat 30-year-old kindergarten teacher who is learning to drive and wishes she could fly. J. Homberman at the Voice loves it: "For all his reputation as a sour miserablist, Leigh has made some blatantly utopian movies—most obviously his paean to popular art, Topsy-Turvy...At the very least, the spectacle of Poppy's devotion and desire, not to mention her all-around sunny disposish, left this viewer feeling unaccountably happy—at least for the moment."

Dennis Quaid stars in The Express, based on the true story of Ernie Davis, the first black football player to win the Heisman trophy. John Anderson at Newsday calls it "a far more intelligent movie than the ads might make it seem. Quaid (who plays the coach) is terrific...And given the action and the easily exploitable subject matter, The Express is a far more human story than it needed, on someone's spreadsheet, to be." There's also Breakfast With Scot, which the Village Voice deems a "quite funny adaptation" of Michael Downing's 1999 novel about a gay 11-year-old "diva in training" who's taken in by an uptight, closeted sportscaster.

Your midnight movies this weekend are Jim Henson's classic The Dark Crystal at the Sunshine and, at IFC Center, Alejandro Jodorowsky's head-trip The Holy Mountain.