Keanu Reeves and Forest Whitaker play bad cop/badder cop in Street Kings, an adaptation of James Ellroy's (L.A. Confidential) novel about a brutal gang of LAPD cops. Though directed by David Ayer, who wrote the solid Training Day, the Washington Post says the “big-name casting brings no honor, or even fun, to the hackneyed roles.” And the movie’s “moral relativity...seems like a flimsy pretext for hard-core shock value.”

Sundance favorite The Visitor concerns a middle-age Connecticut College professor who returns to his Manhattan pied-à-terre and finds a pair of illegal immigrants (a con artist sublet it). Instead of tossing them out, he eventually works to save one of them from deportation, while also falling in love. Jeffrey Wells at Hollywood Elsewhere calls this sophomore effort by director Tom McCarthy (The Station Agent) “easily among the best films of the year so far… It's also about post-9/11 bureaucratic paranoia, and about the shedding of crusty skin. Exceptional in the way that it unfolds with elegance and simplicity from start to finish.” 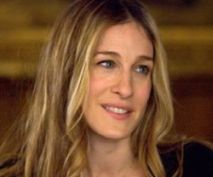 Also out this weekend is the modest comedy Smart People, starring Dennis Quaid as a widowed Carnegie Mellon English professor who gets his groove back, thanks to a former student played by Sarah Jessica Parker. According to the Times’s A.O. Scott, Thomas Haden Church (Sideways) steals most scenes in the role of Quaid’s ne’er-do-well adoptive brother. Scott appreciates that none of the characters “undergo the kind of hokey, wholesale transformations that too often turn brisk comedies into damp melodramas.”

And at Film Forum, the documentary Stalags explores the phenomenon of the soft-porn S&M pulp novels popular in Israel in the '50s; the stories typically involved U.S. or British pilots being abused by voluptuous "female SS brutes.” The Voice’s J. Hoberman has more.