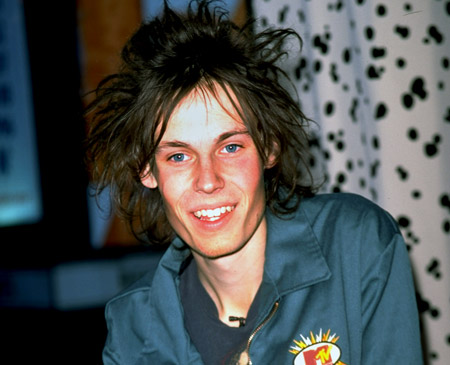 TRL Ends Forever This Weekend
It's been a long 10 years since the show first debuted, and this weekend, the last drops of actual music will finally be sucked out of MTV. The daily countdown show, which (like it or not) was a gateway for most successful acts over the last decade, will celebrate the end of its run this Sunday night at 8 p.m. The show will feature original host Carson Daly, along with his eventual replacement Damien Fahey steering the ship, and an actually impressive lineup of guests and performers, whose careers might not exist was it not for this show. From Limp Bizkit and the Backstreet Boys to Taylor Swift and Fall Out Boy, this show guided an entire generation towards their pop idols, for better or worse. So while the reactions of many may be may be a hearty good riddance, nobody can deny the influence this show once had. Certainly worth tuning in, if only to see off the end of an era.

Krazy Karaoke
Continuing in their now long-running NYxNY series, New York Magazine has announced another indie star studded live karaoke event at Studio B. Andrew WK will handle the hosting duties throughout the night, with Ted Leo and the Pharmacists performing a complete set of original tunes before playing backing band to a bunch of drunk hipsters singing Journey. Ted & Co. will be following in the rather large footsteps of Of Montreal and the Thermals, both of whom performed admirably considering the circumstances. Who knows…maybe Paul Rudd will swing by for an encore? The party starts December 3rd, and tickets are on sale now.

XM and Sirius Officially Merge
It's been discussed for years, and held up in court forever, but finally, after clearing all the hurdles, Sirius and XM combined stations this week. The companies have been known as one for a while now, but they finally began consolidating many of their redundant stations into one streamlined network. Many of the genre specific music stations both providers had are being combined or eliminated. Sirius's "Left of Center" station, which hosts the always entertaining "Blog Radio" shows is unfortunately no more, but the bloggers will get to keep going on the newly dubbed Sirius XMU. While the music will mostly change station names, this is a bigger deal for the individual shows and stations like Howard Stern or Bob Dylan, which were previously exclusive to each entity. Now this content will be available to all satellite radio customers. Whether this combination will help the sagging industry is yet to be seen, but with everything now available to all, it certainly makes the whole concept seem a lot more appealing

Also this week:
A Liveblog of the 2008 Woodies
Lars Ulrich sells his Basquiat
An interview with the Bill Graham Foundation's head, Bill Barsotti.

#andrew wk
#sirius xm
#ted leo
#trl
#week in rock
Do you know the scoop? Comment below or Send us a Tip