Once again CMJ is upon us, and our show (which we're co-hosting with the lovely people at Brooklyn Based) is next Thursday, the 22nd at the Bell House [149 7th Street in Gowanus]. The show is FREE, and no CMJ badge is required. You can RSVP right here, and the details are below:

The night will also feature deejays! And food from the Red Hook ball field vendors, Van Leeuwen Ice Cream, and Asia Dog. PLUS the good people at Triple 8 Vodka have supplied us with enough booze to get you all drunk for free. So come on by, what happens in Gowanus stays in Gowanus.

After the jump, catch a review of this week's Dodos show at Bowery Ballroom, and a photo of Ryan Gosling at his after party last night (he's in a band now, you know). 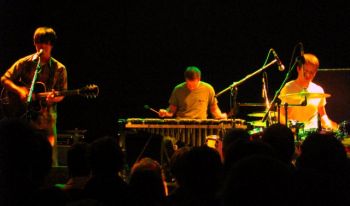 There is a fine balance with an engaging performance that few people have been striking as of late. It's blending nonchalance with energy; cool with geeky excitement. It's a matter of finding yourself in between the shoe-gazers of most indie rock with the bombastic arrogance of Kanye West. The Dodos have found the perfect balance. They play their percussion-driven blues rock with enough energy to capture the audience but with equal concentration on sweet xylophone riffs.

Coming off of their performance the day before at the Music Hall of Williamsburg, they were still in top form at the Bowery Ballroom on Thursday night. As with any small performance space, the drums were amped up way too loud, nearly drowning out Meric Long's voice on most of the songs, but it didn't stop anybody from recognizing their favorites. From the uplifting 6/8 of "Fools" to the Mungo-Jerry invoking opening of "Fables," The Dodos knew their crowd pleasers, and kept to songs that featured Long's mesmerizing finger picking and drummer Logan Kroeber as an intricate human metronome. Their double encore had them playing "Walking" and "The Ball" before Kroeber went oddly Townshend by punching his fist through his drum skins. Who knows what may have angered him in between their first and second encore that made him take out his aggression on his instrument, but while you ponder that check out the video of their sweet lo-fi light show during "Troll Nacht." Who needs lasers when you have fingers? — Jaya Harrover Saxena 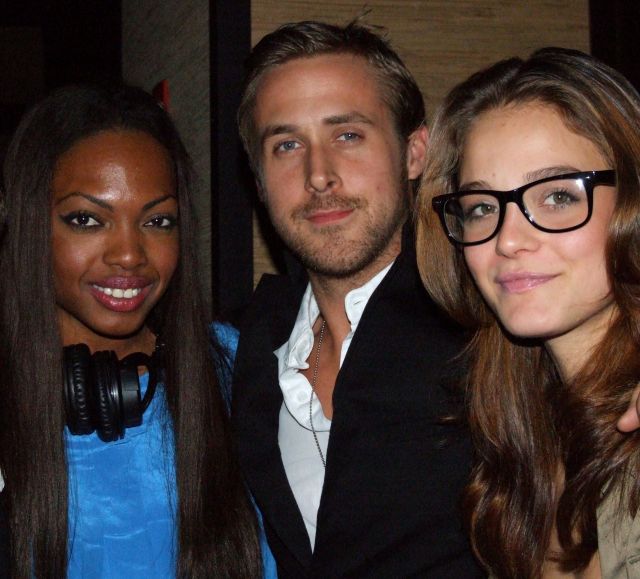 Ryan Gosling Enchants Manhattan Audience
Last night Ryan Gosling's band Dead Man's Bones, along with his skeleton-themed children's church choir, played to a packed house at (Le) Poisson Rouge. Did you go? Please send us your photos so we have an excuse to publish that Ryan Gosling gallery we've always dreamed of. In the meantime, the above shot was taken at the afterparty, which was held at the TriBeca Grand Hotel.

#bell house
#bowery ballroom
#cmj
#CMJ 2009
#CMJ09
#Dead Man's Bones
#Dodos
#ryan gosling
#week in rock
Do you know the scoop? Comment below or Send us a Tip
A new Gothamist is coming! We’ve moved comments over to our beta site. Click here to join the conversation and get a preview of our new website.