We Search The Flower District For Opium Pods, As Seen On Girls

Box of "poppy pods" in the Flower District (Gothamist)

Last night the second episode of Girls aired, but we're going to revisit the pilot again, particularly the scenes where Hannah and her friends drink some opium pod tea, with pods procured from New York's very own Flower District. Today we wandered over there and found out a few things worth knowing before trying to make the tea on your own:

Poppy tea, when brewed under certain conditions, offers up a narcotic, and possibly hallucinogenic, high; the walls of the dried pods contain small amounts of opiate alkaloids, mainly morphine (but be warned, the morphine content can vary a great deal).

One experimental Gothamist staffer tells us, "I've had it, and it just makes you dizzy. REAL opium is the way to go. Or smoke dope instead." However, others have sworn by it, noting "the best way to enjoy a decent opium high, is through dried poppy pods. I find it is preferable and much more euphoric to grind up the pods (I use 3-5 pods). The affect is on par, for me, with a large dose of codene, or a pair of vicodin." 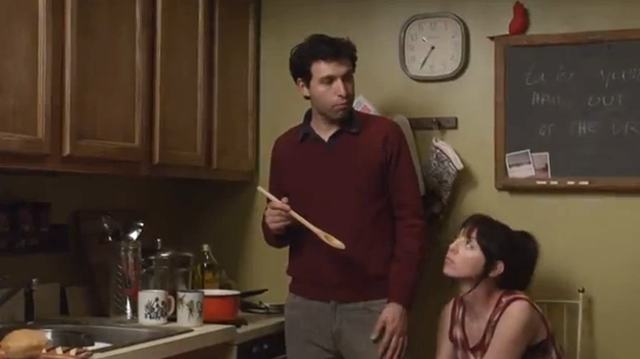 In Girls (video), the character brewing the tea informs the rest, "I'm making a little brew... a tea of opium pods. This stuff is pretty mild, this is much milder than the stuff you smoke. It's legal, I got it down at the Flower District, you can just go down there and buy the pods." After Hannah drinks the tea she suffers an overdramatic reaction to it in front of her parents, resulting in her dad screaming at her mother: "I don't need to Google that, it's tantamount to smoking banana peels for chrissakes." Still, we're gonna play it safe and stick with Betty Crocker's recipe for almond poppy tea cookies.

#flower district
#girls
#opium pod tea
#opium pods
#poppy pods
#Tea
Do you know the scoop? Comment below or Send us a Tip