Watch The Guy Who's Been Stealing Banksys Get Arrested

Earlier today an inflatable Banksy piece went up in Long Island City, Queens, but it didn't last long—two men climbed a ladder to reach the balloons and managed to take them down. Onlookers called the cops when this was going on, and by the time the duo was on the way down with their score they were tackled by a Banksy fan, and then handcuffed by the NYPD.

One of the men had allegedly already stolen two stuffed animals off Banksy's Sirens of the Lambs truck (which had to leave the scene of the Reaper installation early over the weekend due to theft). The man was also spotted on the subway on Sunday after allegedly taking these two bears from the Sirens of the Lambs piece.

We've reached out to the suspect in question (who has also been known to play music in the subway system), but he's likely still with the NYPD (who at this time have no further information).

He's been posting about stealing Banksy items on his Instagram, as well: 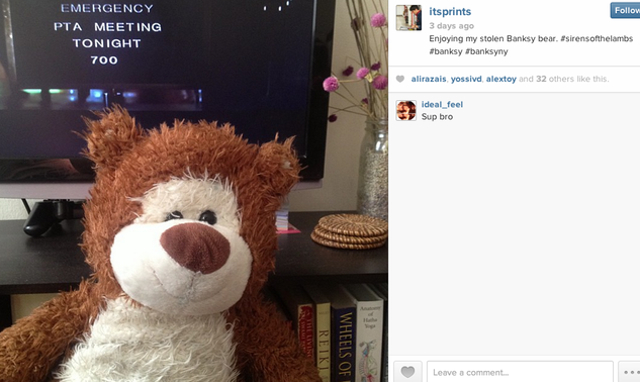 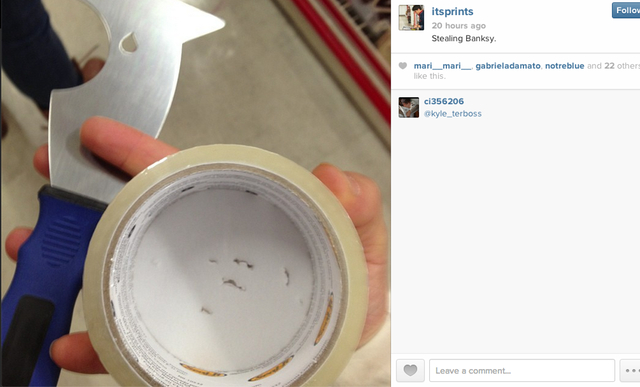 banksy
better out than in
theft
original
Jen Carlson