Watch E.T. From A Bike In Brooklyn This Week

Since we have zero drive-in movie theaters in the city (although you can find some nearby), we have to watch our movies outside of a vehicle, usually in a movie theater seat that has been colonized by bed bugs. On Tuesday, however, Citi Bike is inviting you to a "bike-in," where they'll screen the classic Steven Spielberg film E.T. outside in Williamsburg.

There will be free valet bike parking, free Reese's Pieces, and free urban biking skill classes. You don't even need to ride a Citi Bike there, you can BYO-Bike... though they're reserving VIP spots for members.

The screening will start at 8 p.m., with everything else beginning around 6 p.m. It's being held at 50 Kent Street (btwn N 11th and 12th Streets), and they urge you to RSVP here.

And now, a note on the movie itself. If you have children, do not bring them to this movie unless you wish to traumatize them and also answer some tough questions about death, aliens, alien death, and men in white coats. 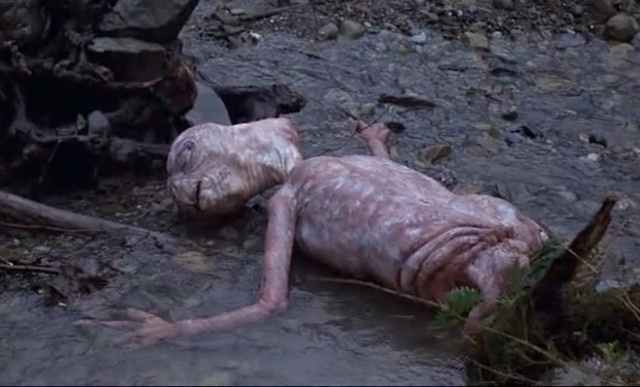 Sick, dying, pale white E.T. lying in that watery ditch is the most traumatized I've ever been by a movie, which I saw in theaters in the 1980s with my family, partially on my mom's lap while crying into her shoulder pads. The image of E.T. being near death and all alone has repeated in my mind like an unwanted rerun for decades. Here is a GIF from inside of my brain. Do you want that GIF in your child's brain? Then bring a sixer of Coors and make this an adults-only night.