Warning: These Photos Of The Hotel Chelsea Are Really Depressing

It looks like the Hotel Chelsea is still having its soul slowly exorcised. The legendary hotel is now in the hands of real estate investor Joseph Chetrit, who already got rid of any character in the lobby earlier this year, and is now gutting the rooms. When we visited with longtime proprietor Stanley Bard in 2007, he told us stories about decorating each room, some of which were designed by his daughter (like this pink one). But alas, all of that history is now vanishing.

Resident and author Ed Hamilton posted the above photo on Facebook, writing: "This is the remains of American writer Thomas Wolfe's last residence in New York City. Where he worked on You Can't Go Home Again, in 1938." Well, that's fitting.

We reached out to Hamilton for an update on the resident situation at the hotel, and he told us, "they are trying to get out as many tenants as possible." He also sent along this other view of Wolfe's suite: 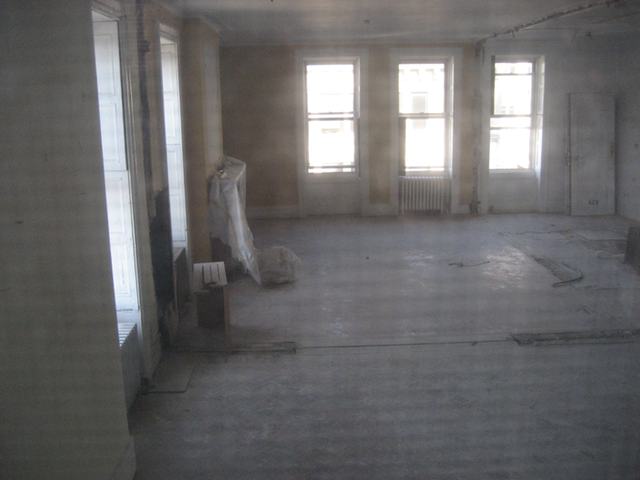 #chelsea hotel
#hotel chelsea
#joseph chetrit
#renovation
Do you know the scoop? Comment below or Send us a Tip