Want to Sell Out for a Brooklyn Band? 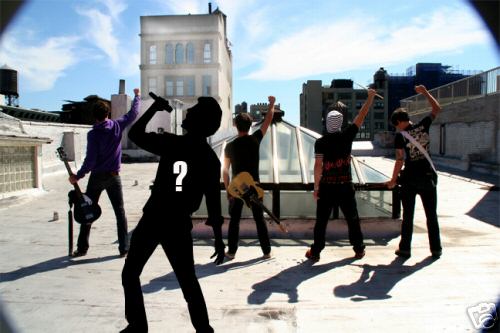 There's a band looking for a frontman in Brooklyn...and they're bypassing Craigslist postings, MySpace bulletins and good 'ol fashion flyers to get the open position filled. They say "we like internet" and are therefore selling their frontman position on eBay in this Buy a Rock Band auction.

The band currently has no name and consists of four members. The rhythm guitarist, Bill, is 25 and includes Fall Out Boy in his list of influences. The lead guitarist, 24-year old Ike, is "dark, brooding" and fittingly likes The Doors. Next up is the bassist (which they spell "basest"), Jacob. He's 29 and "thinks basests [sic] should always wear hoods and should never be photographed smiling." He likes Britney Spears, Justin Timberlake and J.Lo. Filling out the band is the drummer, Devon. He's 27 and keeps his influences old school: Al Green, James Brown, Elvis and Miles Davis are all included.

Inexplicably there are a number of bids on this auction! It's up to $510 at this very moment. Clever way to pay for your SoHo practice space, boys. What does the "winner" get? A photoshoot with one of their photographer friends, a rehearsal, a live show and a chance to help pick the band name and "image". Girls need not apply though, as they mention the singer will "get first pick of any women interested in 'getting friendly' after the show." Hey eBay band, we think we have an idea for your "image"!