Visiting Cambodia: The Beauty Of Angkor Wat, The Reality Of Phnom Penh

When someone mentions they are planning a trip to Cambodia, there's a good chance they're going to visit Angkor Wat. 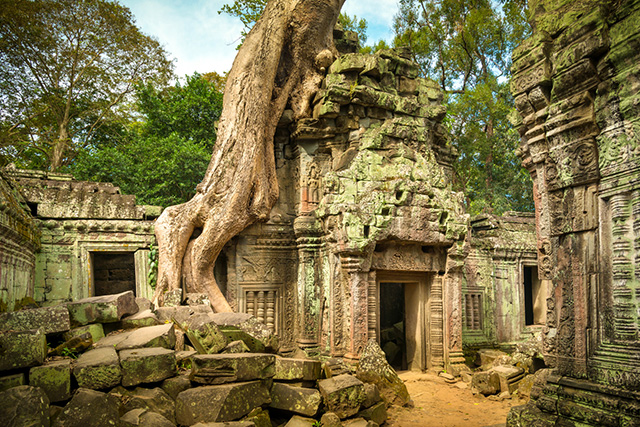 You might have seen it in Indiana Jones or In the Mood for Love. The Angkor Archeological Park is a thousand-year-old complex of temples that has been slowly consumed by the surrounding jungle, so that today you have trees growing on the roofs of ancient stone buildings. It's visited by more than a million people each year, and while it may be trendy to skip the most touristy spots, this is one of those places you can't miss, if only to watch the sun rise over the main temple. 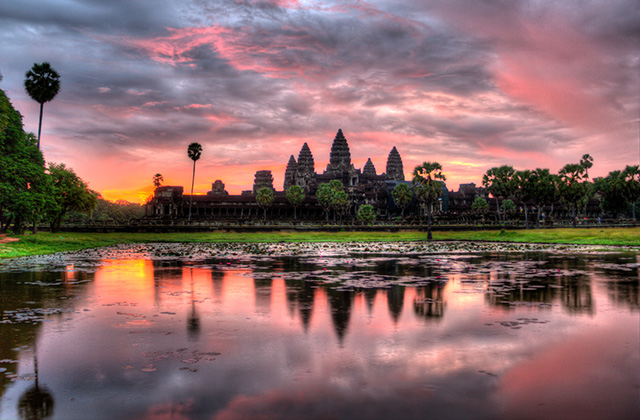 Angkor is the most famous thing that Cambodia has to offer, even if it is just the tip of the iceberg. Here's what else to explore there.

Cambodia, population 15.7 million, is a smallish country (about the size of Oklahoma) in Southeast Asia, sandwiched between Thailand and Vietnam, with a southern sliver on the Gulf of Thailand coast. That means it has the Southeast Asian trifecta of beaches, mountains and ancient ruins.

Cambodia boasts a rich history, though like many former European colonies in Asia, the 20th century was not kind to this nation. After Cambodia expelled the French colonial forces who'd ruled the country for almost a century, the U.S. bombed it. The ensuing instability ushered in the genocidal regime of the Khmer Rouge, which murdered as many as two million people—an estimated quarter of the population. The country continues to reckon with this dark chapter in its history.

The scars are still there, but they won't be apparent most places you look. Today, this beautiful country feels largely safe and peaceful—and it is.

What Should I Do There?

Angkor Wat is actually the name of the main temple of the march-larger complex built by the Khmer Empire between the 9th and 15th centuries. When people say "Angkor Wat," they're usually referring to the whole shebang, which confusingly, also goes by "Angkor."

Angkor was the ancient capital of the Khmer Empire, which ruled most of Southeast Asia from the 800s to the 1400s. At Angkor, the rulers built temples and a vast network of water-related infrastructure whose purpose has been lost to history. 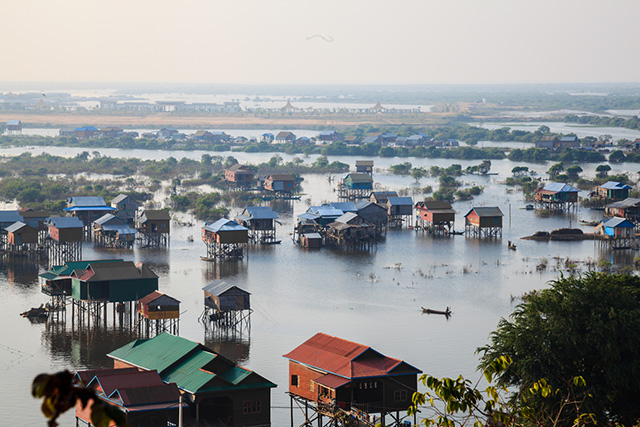 Located a few miles outside a sleepy city called Siem Reap, the ruins are scattered throughout the jungle in an area that measures more than 150 square miles. You can't possibly visit all of it.

Your guesthouse might suggest taking a bicycle to visit the complex, and while you can technically do this, it would be a little like riding a Citi Bike from Staten Island to the New York Botanical Garden in the Bronx—except in tropical heat.

You'll be much better off hiring a tuk-tuk and a guide who can explain the history behind the crumbling temples and intricate wall carvings.

You can get up to watch the sun rise over the beehive domes of Angkor's most iconic temple.

Phnom Penh is the kind of city where you get the sense people go to disappear. It's got that mix of old temples and flashy skyscrapers sprinkled in among the old colonial buildings and nondescript apartment buildings. 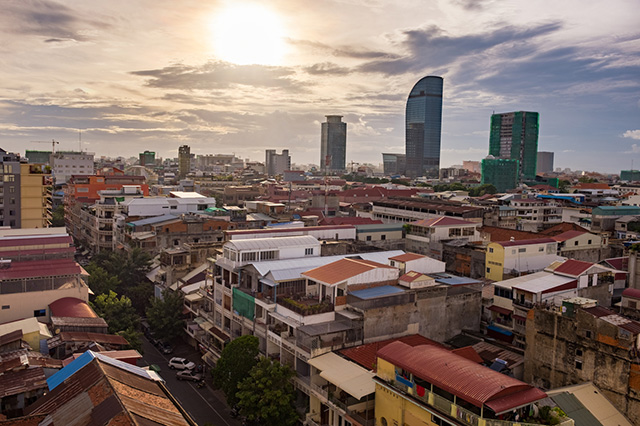 Phnom Penh has the country's best dining (here are some suggestions), but the capital also offers a sobering look at humanity.

It can be surprising how places with recent histories of violence and atrocities somehow never look the way you'd expect for a country four decades removed from a genocide.

On the surface, everything seems so normal. Children go to school, the shops sell vegetables, buses circle the city in endless loops. You're not sure what you were expecting—blaring sirens? stained streets?—but you look at the dusty sidewalks and shaded fruit stands, and it's hard to imagine that this happened here. 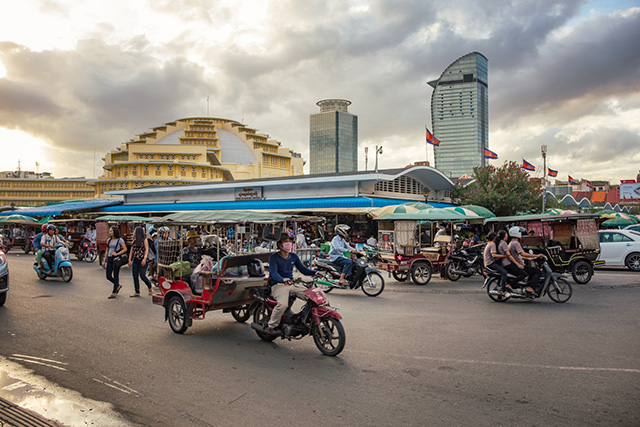 The Cambodian genocide started in 1975, when Pol Pot and the Khmer Rogue came to power. The new government began targeting, torturing, and executing supposed "enemies," a comprehensive group that included intellectuals, people with ties to foreign governments and ethnic minorities. The killings ended 4 years later, when the Vietnamese invaded Cambodia. In that time, around 2 million people, a quarter of the country's population, had been killed.

Outside of Phnom Penh, you can visit one of the killing fields, where victims were executed and buried in mass graves. It's heavy and somber, but important to witness, especially for Americans who may not realize our country's role in the genocide. 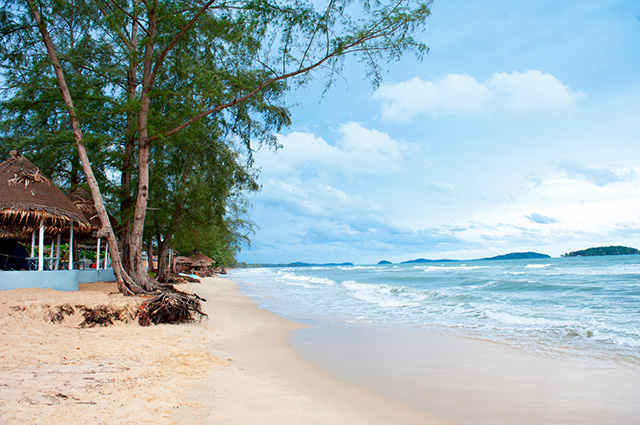 It's hard to mess up a Southeast Asian beach, especially on the Gulf of Thailand, where the water is desktop-background blue and the shorelines are dripping with palm trees. Cambodia's most hopping of the like are located in Sihanoukville, a seaside town with some of the country's most famous beaches. There's also a vibrant nightlife scene if you like getting drunk with backpackers.

If you have a little extra time, you can check out the floating markets and villages on the Mekong River, the main waterway that slices through the country. Communities are moored together on the water or built up on stilts directly at its edge. At the floating markets, shoppers in motorboats pull up next to vendors selling wares from boats sitting low in the water. You can hire a boat to cruise up the river for a few hours and glimpse of an extraordinary way of life that seems like something from another world.

Audrey Murray is a writer and comedian who performs in New York, Shanghai, and the former Soviet Union. Check out her travel blog here and her humor pieces here.

#angkor wat
#cambodia
#gothamist getaways
#phnom penh
#travel
Do you know the scoop? Comment below or Send us a Tip