Get ready for some vintage reefer madness—a Telenews cameraman was on hand when the NYPD broke up a narcotics ring in 1948, and 64 years later we can watch it all go down. The report states, "In a New York hotel apartment, five men and a woman are seized on charges of selling, or possessing marijuana." In their search they found 60 reefers and "$2,000 worth of the dope in bulk form." As they're hauled off, the reporter says: "neighbors discuss a possible apartment vacancy."

The same year, actor Robert Mitchum was arrested for smoking a joint at a party. He reportedly said at the time, "Well, this is the bitter end of everything—my career, my marriage, everything."

At this time, the government was spending big bucks on the war against drugs—between 1948 and 1963, "the cost of this 'war' on marijuana alone escalated to $1.5 billion."

Pot was definitely hot in 1948, in December of that year "Marijuana addicts" even made it to the cover of Sir magazine: 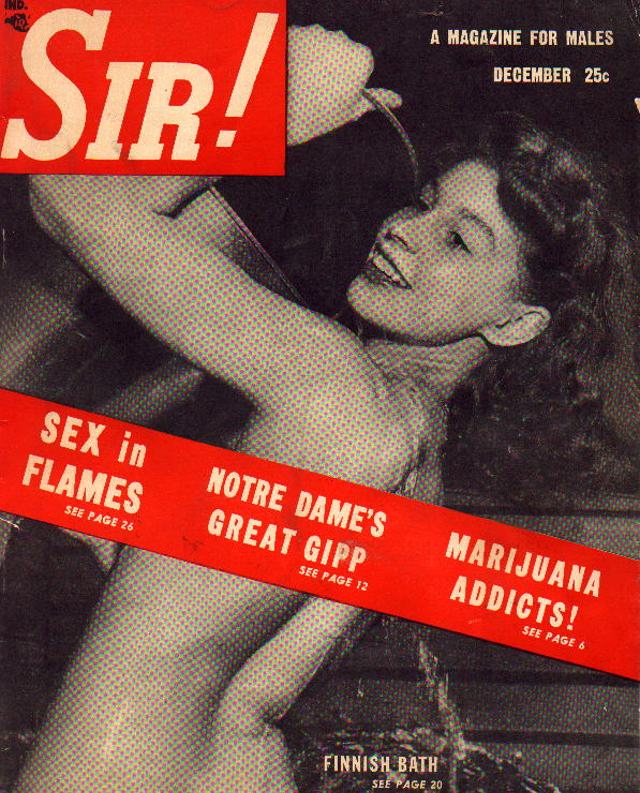