Painting yourself silver and standing still in New York City is only for those with true grit. Cops incessantly threaten to arrest you; teenagers chuck batteries at your crotch; everyone threatens to piss in your money bucket; and the blazing sun sometimes ignites the chemicals in your makeup, engulfing your face in flames. As I previously explained to the Times, "Basically, you're a target." I know all this because for several years I stood in a silver unitard throughout New York City as a full time job. In this line of work, every day is a battle, so I empathize with this particular Silver Man:

The YouTube user who uploaded this video has not yet responded to an inquiry about what sparked this argument, but one assumes it's yet another instance of the Man trying to keep the Silver Man down. The police and the Business Improvement District Rent-A-Cops vigilantly patrol Times Square, threatening performers with arrest if they don't stop making it feel like a unique destination. These days only the creeps dressed like cartoon characters can make a buck on the Main Stem. 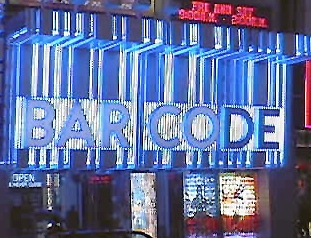 The only time I got away with standing for any significant (i.e. lucrative) period in Times Square was when Bar Code, a now-defunct Mark of the Beast tavern and arcade, hired me to stand outside and lure in the rubes. The exterior of this establishment was... what's the opposite of apotheosis? It was the blindingly illuminated dark nadir of Disneyfied Times Square, designed—in light—to represent the bar code, which will one day be integrated into our flesh in one form or another.

They paid me $75 an hour plus tips to stand outside and do nothing. It still wasn't easy money—you try not moving or blinking for hours on end as a jeering crowd of hayseeds repeatedly stages mock-groin executions. But the satisfaction I derived from seeing the same cops who regularly chased me out of Times Square stroll by impotent and dejected was the real payoff. I was hired by a business owner to stand for Satan, and was thus unfuckwithable.

It was all downhill from there.

At any rate, my advice to this beleaguered Silver Man is to sell out/buy in. The NYPD heat was withering in Times Square before 9/11, and then it got turned up full blast. Perhaps for good reason, police don't want any big crowds gathering to admire your preternatural stillness and space-age style. But if you can persuade, say, Toys 'R' Us or The Hard Rock Cafe to let you be their stationary carnival barker, you're goldensilver. 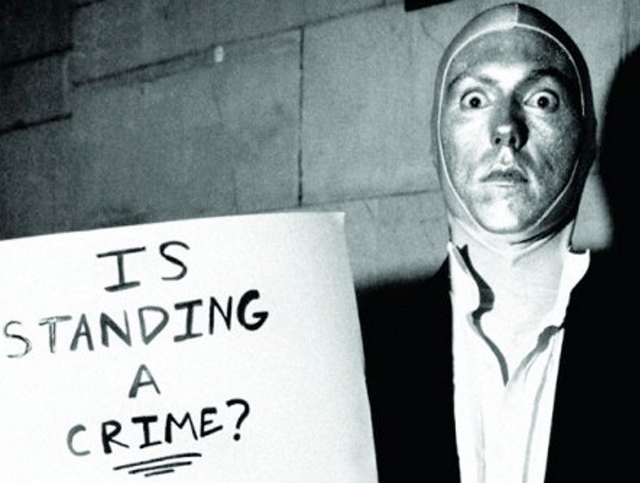