Last night, due to circumstances beyond my control, I was unable to attend the Smashing Pumpkins show at Barclays Center. "Big deal," you might say, unoriginally adding that "it's not like it's 1994-era Pumpkins." (Incidentally, the last time I saw the band was in 1994—Lollapalooza, Quonset State Airport, Rhode Island, it was awesome.) But I have always been a firm believer that Billy Corgan IS the Smashing Pumpkins, and as long as he and his voice are front and center everything is just perfect.

So for today's torture project I have been intermittently checking YouTube all day for videos from the show last night to see what I missed (it is like my non-harmful form of cutting), and it is simply shocking that in a world where "iPhones in the air" at concerts is a real problem, no one managed to capture anything of quality. Luckily, someone did document "Hummer" on video, which at least allows me a platform to finally ask the world (since I forgot to ask Corgan in September): what does "Life's a bummer, when you're a hummer" mean, anyway? 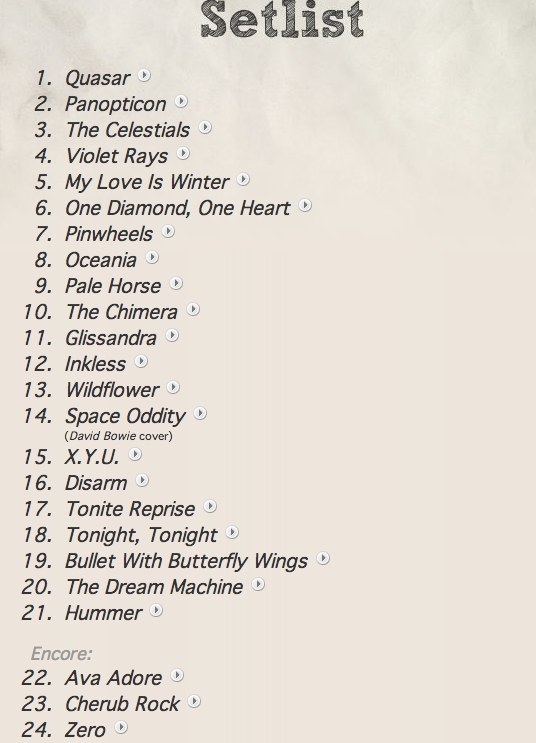