Rapper Talib Kweli did indeed head down to Zuccotti Park last night to show solidarity with and perform songs for Occupy Wall Street protesters. To the delight of weary protesters, Kweli performed a capella version of new song "Distractions" as well as Black Star classic "Thieves In The Night." Below, you can see video of both performances, as well as a call-and-response with the crowd during which Kweli commends protesters: "For the people who are sleeping here, you inspire us. If you are inspired by them, make it grow."

Kweli, who was visiting Zuccotti Park for the first time but has tweeted in solidarity with OWS several times, also told the Voice, "This is the most American thing I've seen in my lifetime. I had to come down and see it for myself, so I could tell everyone about it."

Kweli also posted the picture below on his Twitter, with the message, "Here with the 99% #occupywallstreet.” 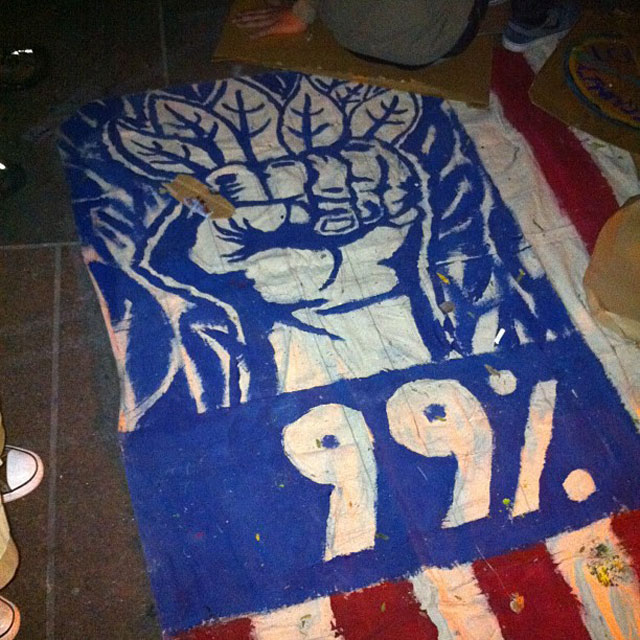 #Music
#occupy wall street
#protest
#rap
#Talib Kweli
Do you know the scoop? Comment below or Send us a Tip