When you see these kittens, the first words that come to mind are "cute," "aww" and "GAHH! I must have them all!" But the word "survivor" also applies to these fluffy balls of joy, most of whom have been raised by the ASPCA at their Kitten Nursery on the Upper East Side.

Yesterday, another group of healthy and happy eight-week-old kittens "graduated," meaning they will be available for adoption at the ASPCA Adoption Center (424 East 92nd Street).

Around the block on East 91st Street is the Kitten Nursery, which opened in the summer of 2014 and NYC's first "high-volume facility" with 200 cages and offering 24/7 care for kittens too young to survive on their own. This year, between May and October, the Kitten Nursery has taken into more than 1,500 kittens. 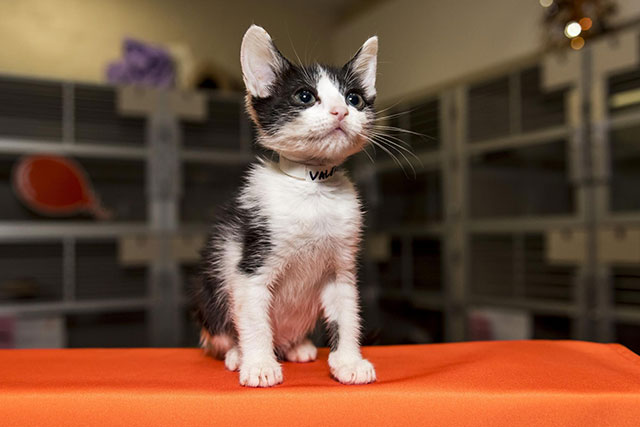 The graduating class of kittens, who sadly did not wear robes and mortarboard (they were more interested in playing the their tassels), were held by the devoted staffers and volunteers who care for them. The adorable crew will also be receiving the Cat of the Year award at the ASPCA Humane Awards Luncheon tomorrow.

One kitten was singled out for her courage: Valeria, who was thrown from a moving vehicle at West 142nd Street and Riverbank State Park two weeks ago; a Good Samaritan brought her in, and she's been thriving. (She's only six weeks old, so she'll be available for adoption in a couple weeks.) 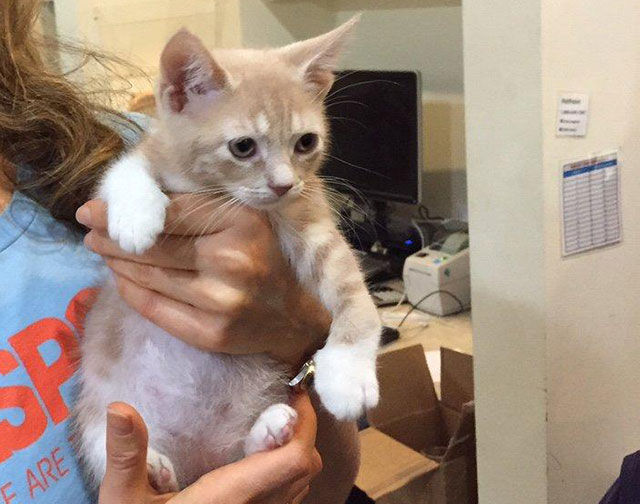 Gale Buchwald, senior VP of the ASPCA's adoption center, was holding Naomi, a calm and very sweet pale orange tabby. Buchwald pointed out that Naomi has a deformed left paw, explaining, "She'll need a little more help to be adopted," because some prospective cat owners might be put off. But Naomi is perfectly fine because cats are resilient (for the record, pirate kitties, a.k.a. kitties with one eye, are also very sweet and cool).

Yay, kitties! They will also be receiving the Cat of the Year award at the ASPCA Humane Awards Luncheon tomorrow.

#aspca
#aspca adoption center
#aspca kitten nursery
#fuzzy monsters
#gothamist films
Do you know the scoop? Comment below or Send us a Tip