Video of the Day: Hotel Chelsea Residents Speak Out 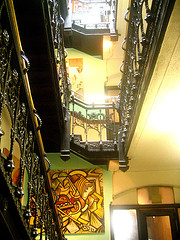 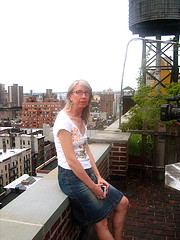 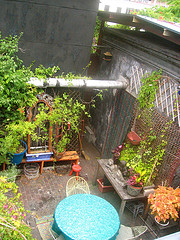 On Monday we visited the Hotel Chelsea to speak with Stanley Bard and some of the residents, and to get a little tour of the place before it turns into a shell of its former self. The long-time residents of the hotel are, along with Stanley, the lifeblood of the building. Upon visiting, what we already knew became even more apparent: if "new management" tampered with the residents, the hotel would change just as drastically as if they tampered with the appearance.

Our conversation with Stanley is here, and below is more from the inside (including a dizzying minute of what it looks like to walk from the roof to the ground floor down the hotel's art-drenched stairwell)...

In the video you meet Debbie and Ed, both have lived there for twelve years (the rent? $1500/month) and run the unofficial hotel blog, Living with Legends. Being the eyes and ears they've uncovered things that "new management" may be trying to sweep under the carpets, most recently that David Elder is not only trying to screw over the Hotel Chelsea population, but also his family.

Related: The Village Voice also stopped by the hotel recently.