Video: Meet The Woman Who Created Your Favorite Muppets

Jim and Bonnie. (Courtesy of the Jim Henson Company)

In 1970, a meeting took place that changed Muppets history—Bonnie Erickson, a young costumer, met with Jim Henson, who was looking for someone to fashion the costumes for The Frog Prince. Erickson got the job, and went on to create some of the most famous Muppets, including Miss Piggy and Statler & Waldorf.

Currently a trustee at the Jim Henson Legacy, she lives with her husband Wayde in their New York City home of forty years, where the two are still creating magic under their company Harrison / Erickson, Inc. Together, they have designed mascots (from the Phillie Phanatic to the underrated Dandy), stuffed animals, and even the toys for Where The Wild Things Are.

We met with her at her home recently—which is filled with art and creations from her past and present, as well as one room that's built out to be a partial replica of her childhood home, complete with a front porch and American flag—"when Bush was President," she told us, "We had the flag upside down. And when he left in the helicopter, I came in with champagne and turned it right side up."

Her life, which includes tales of riding from her apartment Uptown down to the Village on the back of a Hell's Angels' hog, is worthy of a full length documentary. Below, an introduction:

Erickson met Henson for the first time in 1970, when she "went to an interview after several friends told me there was a job available for a costumer. This was before Sesame Street was airing, and I loved his work and I was a little intimidated. But I went to the interview. And I think something in [my work] must have intrigued him because he hired me. I did the costumes of Frog Prince. That was my first job with Jim."

"The first Muppet I created was... I believe it was called the Musician. And it was the first time I really carved foam as a puppet device. I hadn’t really done it before but I had a sculpture background. And I think it was used in the one of the specials that Jim did." 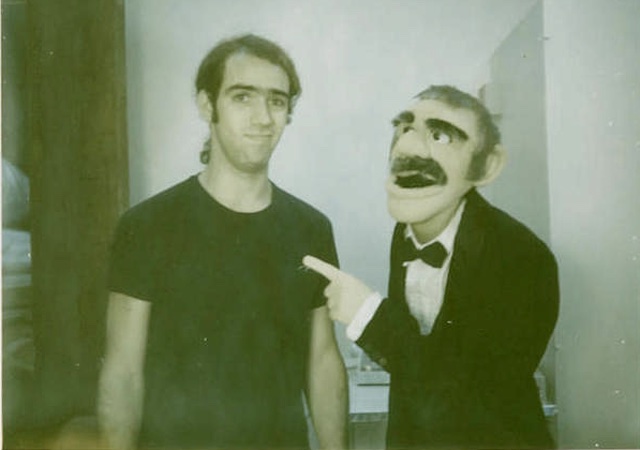 Erickson says each Muppet takes a varying amount of time to create from start to finish, and the characters that didn't come straight from her mind were created through a collaborative process—"Jim would give us sketches, very rough sketches. He would make them and really allow us to put our own interpretation on it. We also had other people who would do designs and we would follow up on that." Here's Erickson on how some of her famous Muppets came to be, and how one almost died on the table. 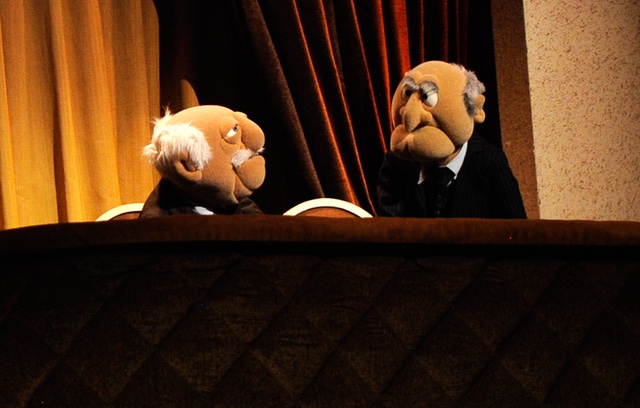 "These particular ones [Statler & Waldorf]... this was an idea I had and I brought to Jim as a sketch pretty early on. And it wasn’t until about a year later where they had written materials for two old guys and said now is the time to go ahead and create these characters.

I was doing the Statler puppet and I had it almost finished. I’d taken probably about a week or maybe two weeks to carve it, to get the nose done, to have the hair fitted. And I had it almost ready to go... something didn’t quite look right. So I took it out to the belt sander. I lost my concentration for one second and I sent it right through the sander to the other side of the room with a hole through the middle. So that took about four weeks." 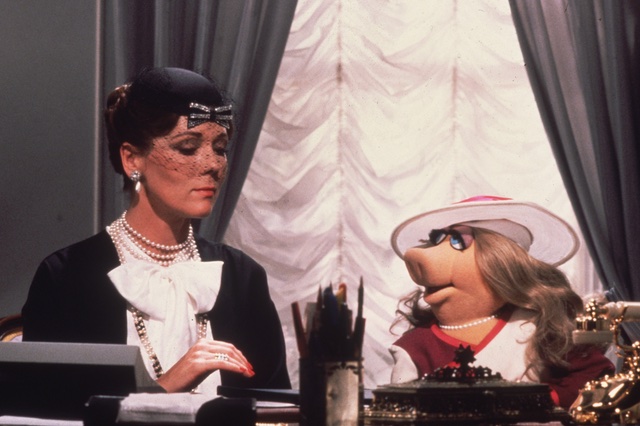 "Sometimes I would name them, sometimes the writers would. For Miss Piggy, I named her for Peggy Lee, who was a big favorite of my mother. She was from North Dakota as well. And I called her Miss Piggy Lee because I had wanted to do it as a sort of homage to Peggy Lee. When we finally got to The Muppet Show, they changed it because they were afraid that there might be a problem, and that she wouldn’t find it a homage. And so, it was changed and shortened to Miss Piggy." Erickson was uncertain if Peggy Lee ever knew that Miss Piggy was meant as a tribute to her.

Miss Piggy made her debut in 1974, and came to life in 1976 in the hands of master puppeteer Frank Oz.

THE MOST NEW YORKER MUPPET 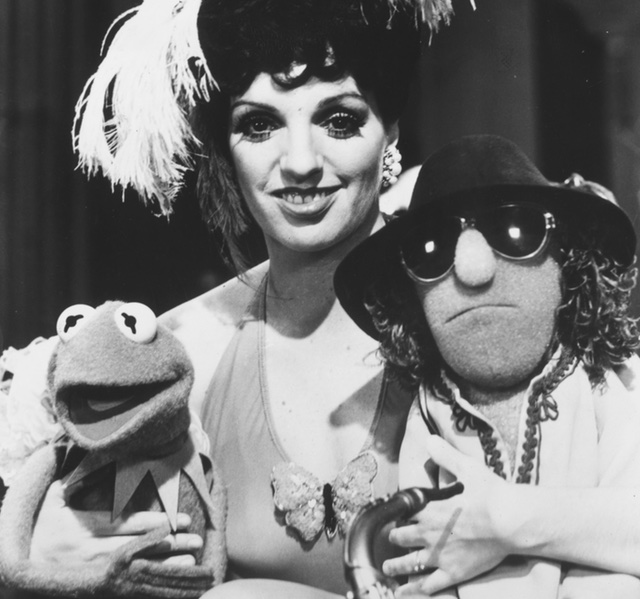 "I think for me it might be Zoot. He plays tenor saxophone. I made the sketch of him when we were at one of the jazz clubs in New York City, so he sort of has ties to New York for me. Zoot is probably the most New York character that I’ve done."

On her favorite Muppet, Erickson told us: "I love Kermit, I think mainly because of Jim. He was extraordinary. He was a great person to work with. He encouraged us to play."