Video: Han & Chewie Are Back In New Star Wars: The Force Awakens Trailer

After a special panel with director JJ Abrams, producer Kathleen Kennedy, the new stormtroopers, most of the human cast and a very drunk R2D2, the new trailer for Star Wars: The Force Awakens, Yawns, Reconsiders, Goes Back To Sleep, Has A Nice Slumber has been released online. And it's here to save your childhood! And it's even better than the first one! And it can cure disease! Stop being a productive member of society and start watching the teaser below!

First, we get the lovely tracking shot of a crashed Star Destroyer coupled with the familiar strains of John Williams' iconic Star Wars score. We assume this is a Star Destroyer, but if it isn't, please don't murder us.

Luke Skywalker voiceover! Darth Vader's mask! Uh, can a mask deteriorate like a skull? Has Luke been carrying around his father's head for 40-odd years? [EDITOR'S NOTE: Darth Vader's helmet was clearly melted in the funeral pyre at the end of Return Of The Jedi, Ben is a numbskull for not getting that immediately, he embarrasses us all] 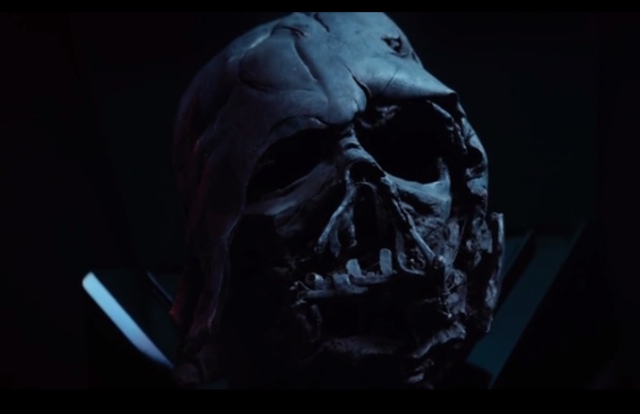 Was the reference to Darth Vader (SPOILER ALERT) as "my father" not enough to clue you in that this is Luke's voiceover? How about R2D2 by his side? Or how about his ROBOT HAND. 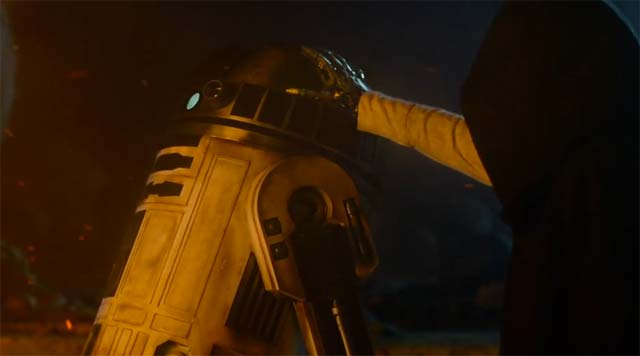 Lightsabers are handed off, Leia's are referenced (but not really glimpsed), and then we get a boatload of quick, exciting images, including X-wing fighters in battle and shots of our three new leads (John Boyega as Finn, Daisy Ridley as Rey, and Oscar Isaac as Poe Dameron).

There are also at least two cool shots of the villainous Sith Kylo Ren, he of the heavily-debated crossguard lightsaber. We also get a lot of glimpses of the new Stormtroopers (including the Chrome Stormtrooper). 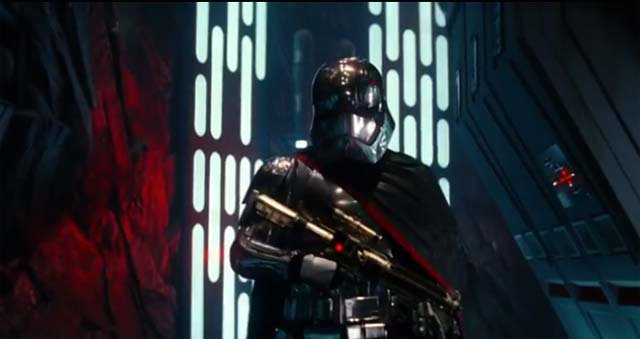 The whole thing ends with an aerial battle between the Millennium Falcon and tie fighters (as previously seen in the first teaser), and culminates in an immensely satisfying final shot of Han and Chewie: "Chewie, we're home." "Ahhhh." Chewie has barely aged a day!

when u come home from college and ur grandpa & ur uncle are pumped to finally drink w/ u pic.twitter.com/ghlSbWxReM

How many orgasms did you have? Sound off in the comments.

My fucking god, new Star Wars trailer is just so damn awesome. I cried and I had an orgasm, clearly it's perf. 😱😍❤👏💜

So new teaser trailer for Star Wars #StarWarsCelebration I admit...I had an orgasm.

For future reference, yes it is possible to have a screaming orgasm from a film trailer #ChewieWereHome #StarWars #ForceAwakens

This is my obligatory Star Wars trailer orgasm tweet.

Its almost as if a million souls cried out in orgasm. Star wars hype! #blessedgeneration #StarWarsCelebration

#movies
#star wars
#trailer
#original
Do you know the scoop? Comment below or Send us a Tip