Sure, some people might be concerned that your $200 million zombie movie is "dead on arrival", but if you're Brad Pitt, all you have to do is go to EVERY SINGLE SCREENING to whip the crowd into a frenzy. Which is what Mr. Angelina Jolie did last night at the Hoboken Clearview Cinemas.

The theater held an early screening of World War Z, which hits theaters on June 21 in the heart of the summer movie blockbuster season. Pitt showed up, to the audience's wild surprise—as you can tell by the orgasmic screaming from the crowd:

Pitt said, "We've got to screen it for the fans... and what better place than New Jersey?" A source told Just Jared, “Brad wanted to make sure that the screening was for the fans, the people that he made the film for. The crowd went wild when he showed up and he had t-shirts to hand out to his fans." 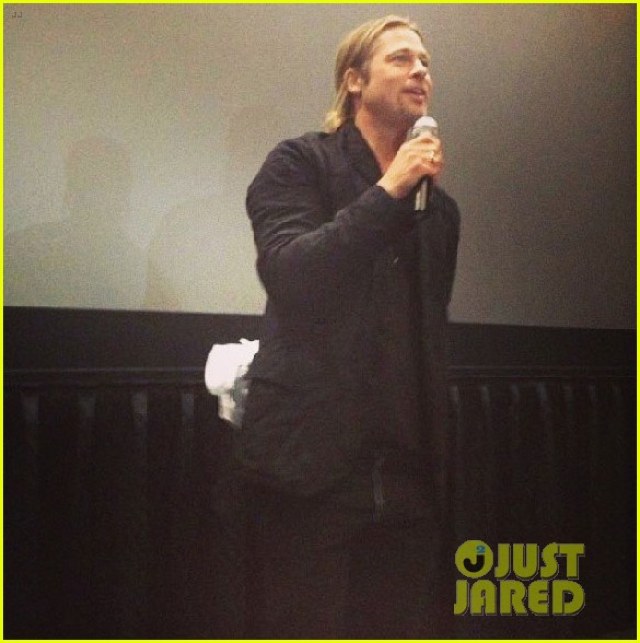 World War Z is based on the book by Max Brooks. Here's the trailer—they'll probably never screen this on planes:

#brad pitt
#hoboken
#movies
#Screening
#t-shirts
#world war z
Do you know the scoop? Comment below or Send us a Tip