Venuegate '08: Where Exactly Is This Space? 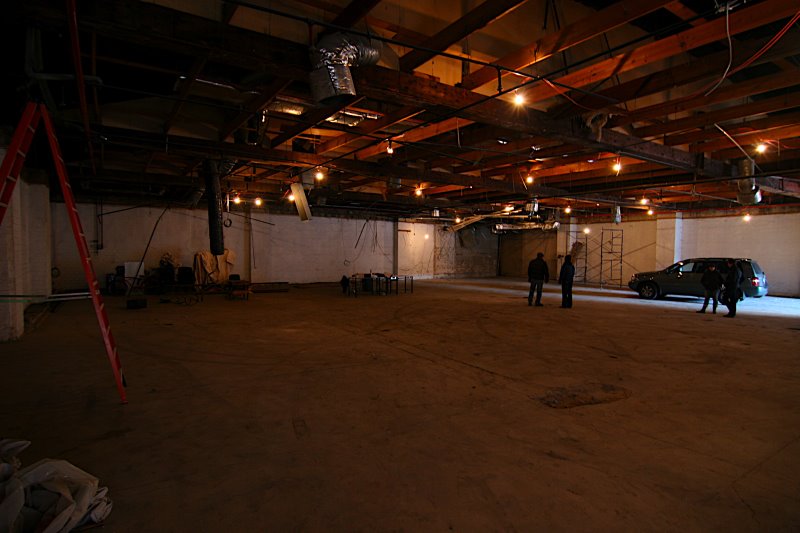 Brownstoner is reporting some misinformation about a new venue in Brooklyn. The already buzzed about new venture is brought to you by the folks that brought you Union Hall, so we asked Jack McFadden to clear a few things up:

Yes, it's true, we will have a new music venue opening sometime later in 2008. We are JUST beginning construction which should last well into the spring. It is the main owners of Union Hall.

It is one main floor of an old warehouse. The space will be split into a lounge area in the front and a music venue in the back. Capacity is undetermined at this time, but the music venue portion will likely be under 300. It is on 7th Street between 2nd and 3rd Avenue, it is NOT on the corner and not what Browstoner posted this morning.

Nothing will change at Union Hall regarding booking policies. In fact, we expect our schedule to get stronger with the ability to bump shows over to the new place, when the time comes.

They were even kind enough to include a photo of the raw space, and they tell us there is no name as of yet (any ideas?). And stroller pushers: it looks like there'll be plenty of room for you! Now the big question is, what is the space that Brownstoner reported on? It would be great to see a few venues in that area.

#brooklyn
#new music
#new venue
#union hall
Do you know the scoop? Comment below or Send us a Tip
A new Gothamist is coming! We’ve moved comments over to our beta site. Click here to join the conversation and get a preview of our new website.