That sound we thought was the final nail being driven into Williamsburg's coffin was actually just the sound of a new barstaurant being built in the neighborhood! Or wait, maybe it was both? The latest socializing hot spot to hit North 6th Street is literally inside of an Urban Outfitters.

The bar. Is inside of. An Urban Outfitters. Just upstairs from the acid wash jean shorts. Take a left at these tiny artisanal nooses.

Are you there yet? Can you picture it?

The bar is part of Urban Outfitters concept store called Space Ninety 8, which is exactly like a mall. It is an Urban Outfitters mall. It opens this Friday and will deliver 5 floors of... stuff, like this handmade Rabbit's Foot Pendant.

Then, on the third floor there will be the bar, which is part of a restaurant. Yes, you can also eat in this Urban Outfitters. But remember, you don't have to! You can leave the mall! There's a whole world out there. But you're definitely going to want to be at the grand opening of all of this on Friday, when history will be made as the minute marker on some novelty clock will sound off a quiet whimper as it tic tocs into Our Future.

Anyway, the drinking and the eating part of the mall will actually be coming from Gorbals, a trendy LA restaurant which has confusingly chosen Urban Outfitters as its first Brooklyn outpost.

When we asked local resident John Del Signore about the new addition to his neighborhood of 7 years, he self-importantly quoted this article he wrote:

"Large swaths of Brooklyn that were once tantalizing dominions of mystery and freakishness are now, essentially, gated communities for financiers and the rarefied boutiques that tickle their artisanal fancies. Remember that old Polish bakery on the corner? It’s now a darling little shoppe that exclusively sells imported feathers. So many parts of the weird New York I loved have been enshrouded in a distinctly suburban pall; bland playgrounds welcoming post-collegiate burghers for a decade of mating and careerism before settling down in Scarsdale, handing over the keys to their overpriced units to the next generation of matriculating vampires. So it goes." 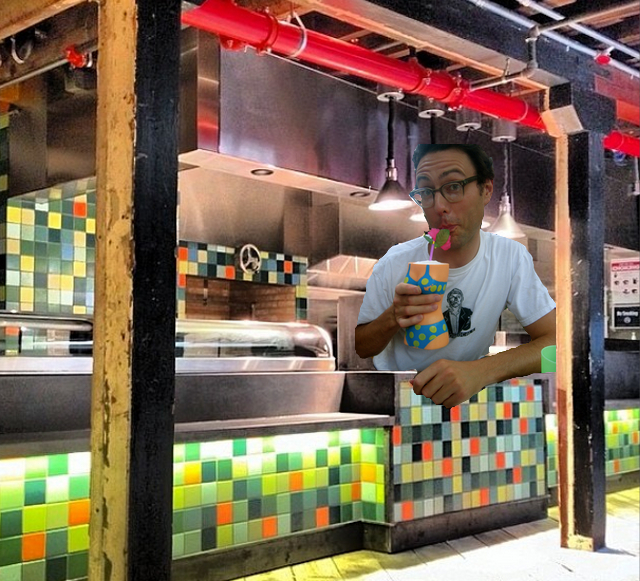 #gorbals
#mall
#space ninety 8
#urban outfitters
#williamsburg
Do you know the scoop? Comment below or Send us a Tip